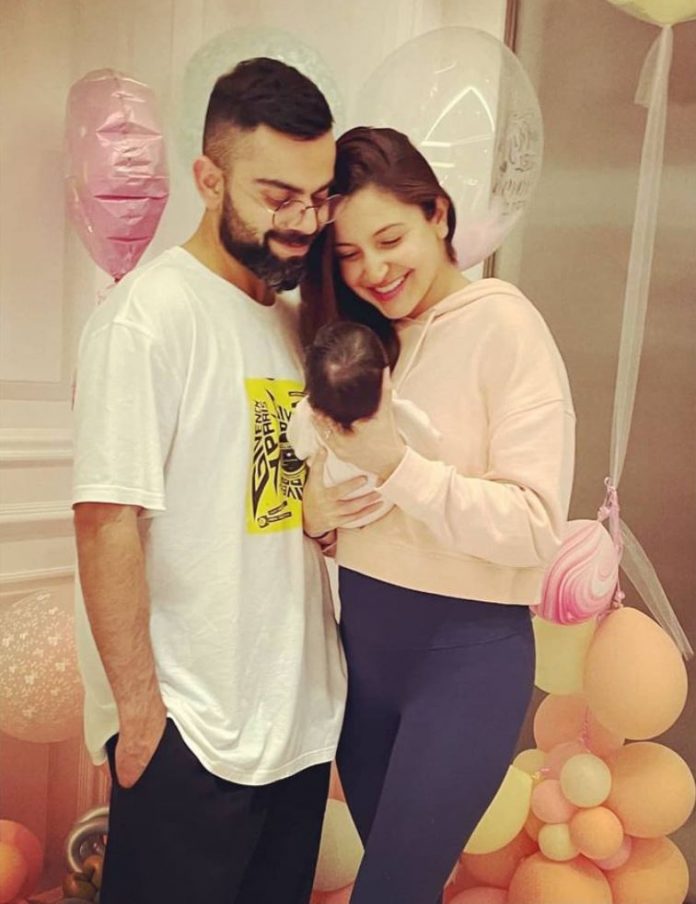 Indian actress Anushka Sharma and Virat Kohli are now parents to a beautiful baby girl. The little one was born on January 11, 2021 and since then the couple have been busy looking after the new family member at home. The Dil Dhadakne Do actress has now shared the first glimpse of the new family member.

Anushka shared a picture that has shown her holding the little one while father Virat looks at her lovingly. Virat, who is currently on a paternity break, can be seen wearing a casual white t-shirt and a pair of pyjamas while Anushka can be seen on blue tights and a pink full-sleeved cropped hood.

The picture has a small message from Anushka in which she has expressed about her feelings these days. The PK actress also shared that their experience a number of emotions including laughter, tears, bliss and worry – all in a very short span. Anushka also shared how they are dealing with their sleep patterns which is something that all parents face when they become parents.

Upon the birth of their daughter, Anushka and Virat had sent out gifts to the paparazzi while requesting them not to click pictures of their daughter and not to infringe their privacy. The couple got married in an intimate wedding ceremony in December 2017.