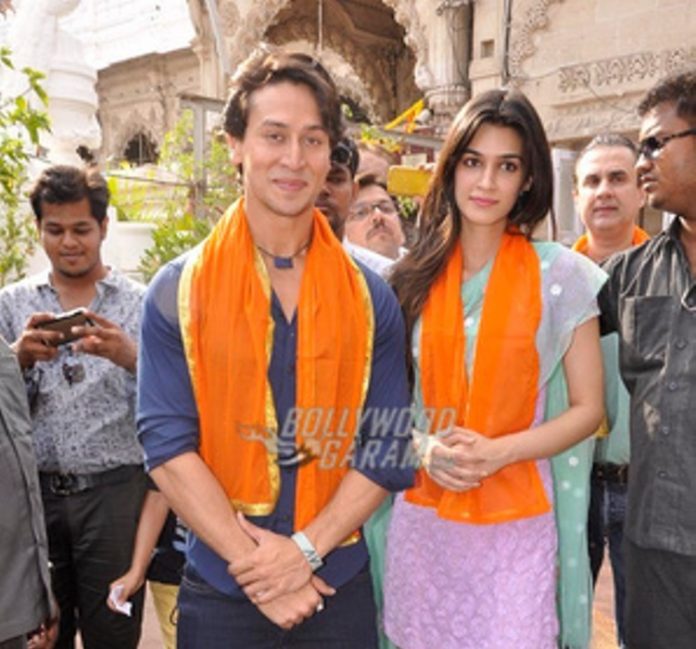 Kriti Sanon and Tiger Shroff had created magic on-screen with the film Heropanti. The pair is once again returning to the silver screens with the upcoming action flick Ganapath. The makers of the film had teased Kriti’s look from the film on February 9, 2021.

Tiger Shroff also announced with a post on Twitter and wrote that he is excited to work with Kriti again while calling her a ‘bundle of talent’. The first look of Kriti has left the audience curious as she has shown off an electrifying look.

The makers of the film have assured that it is going to be an action packed flick and would be in par with the Hollywood action films. The film will be set in a post-pandemic set up which will be a world that is never seen before.

Ganapath will be directed by Vikas Bahl and produced by Vashu Bhagnani, Jackky Bhagnani, Deepshikha Deshmukh and Vikas Bahl. The shoot of the film is expected to begin by the mid-year. The film Heropanti had marked the debut of Tiger Shroff and Kriti Sanon in Bollywood. It also starred Prakash Raj, Raashul Tandon, Sandeepa Dhar, Sunil Grover and Dev Sharma. Heropanti was released in May, 2014. The film was directed by Sabbir Khan and produced by Sajid Nadiadwala.