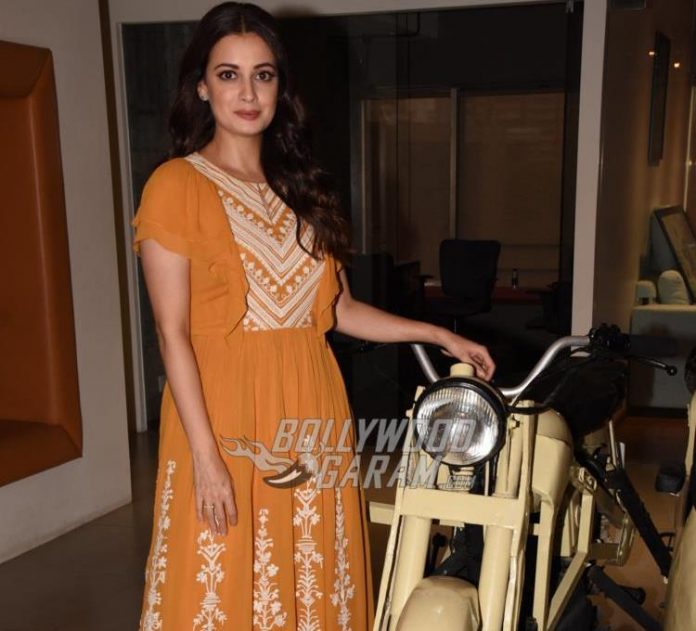 Indian actor Dia Mirza had announced her separation with former husband Sahil Sangha in August 2019. After more than a year the actress has found love again and is ready to take the plunge with Mumbai based businessman Vaibhav Rekhi. Reports say that the actress is all set to get married on February 15, 2021.

Dia shared a glimpse of her bridal mehndi through her Instagram account. The actress is expected to get married in a traditional ceremony that will be attended by nearly 50 guests that will include the couple’s close friends and colleagues from Bollywood.

Some of the earlier reports had claimed that the couple will not be hosting any Sangeet ceremony. Not many people were aware of Dia and Vaibhav’s relationship as they were never snapped together.

On the work front Dia was seen in the film Sanju in which she had played the role of Sanjay Dutt’s wife Maanyata Dutt. She also appeared in the drama flick Thappad by Anubhav Sinha. Dia’s performance in the film was appreciated by the audience and the critics. Reports say that the actress is also preparing to feature in the Nagarjuna starrer Wild Dog. Dia shot to fame with the films like Rehna Hai Tere Dil Mein and Lage Raho Munna Bhai.