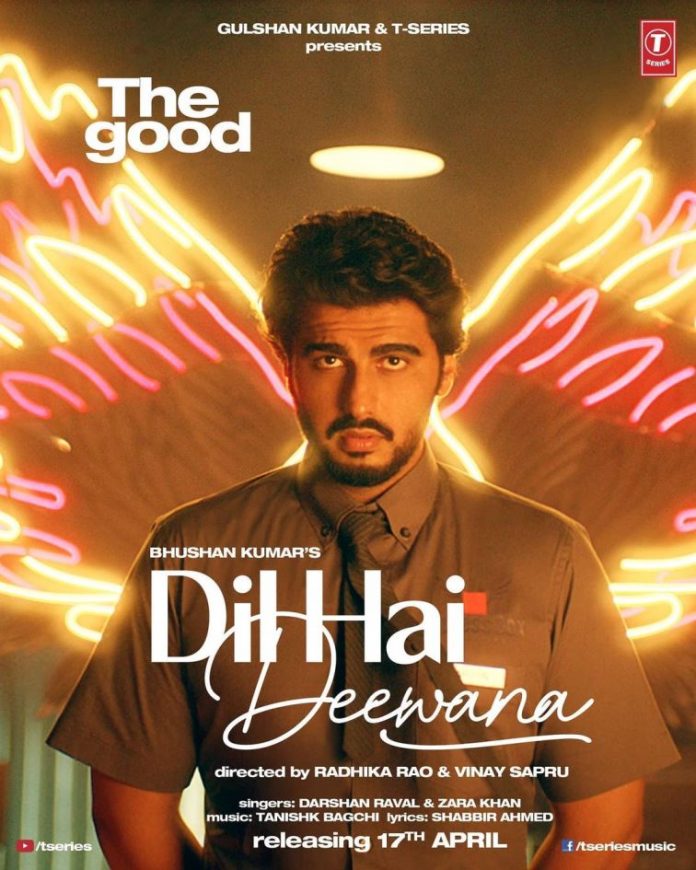 Indian actor Arjun Kapoor had recently left his fans curious and excited after he announced that he was collaborating with actress Rakul Preet Singh for an upcoming musical track. Back then the actor had not revealed anything about the name of the track or any more details of it. He had just said that they are coming together for a song for the first time. But now the Gunday actor has revealed the title of the song and is known as ‘Dil Hai Deewana’ and has been crooned by Darshan Rawal and Zara Khan.

The music for the song has been composed by Tanishq Bagchi while the lyrics have been penned down by Shabbir Ahmed. Arjun revealed about the song through his Instagram handle. The music video has been helmed by Radhika Rao and Vinay Sapru. The actor also revealed that the song is all set to be released on April 17, 2021.

On the work front Arjun and Rakul will also be seen in romancing in the upcoming film on Netflix known as Sardar Ka Grandson. The film is directed by debutante Kaashvie Nair and also stars John Abraham, Neena Gupta, Aditi Rao Hydari and Soni Razdan.

Arjun was last seen in the film Sandeep Aur Pinky Faraar which released on Netflix on March 19, 2021.