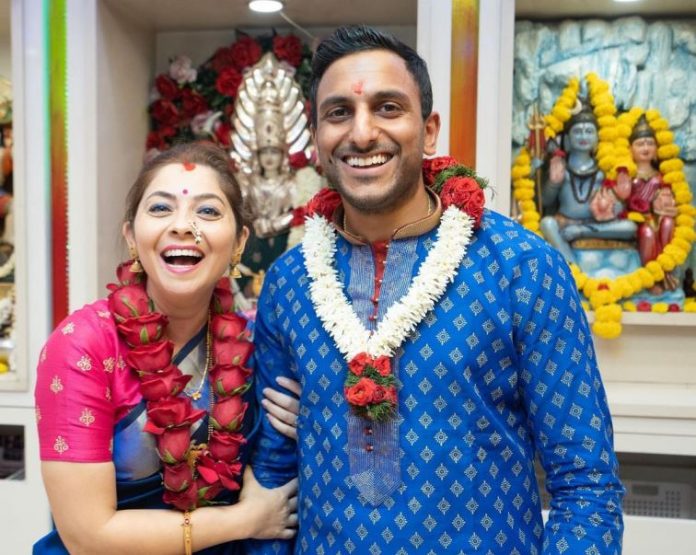 Popular Marathi actress Sonalee Kulkarni got married to beau Kunal Benodekar in an intimate wedding ceremony held in Dubai on May 7, 2021. The couple got married only amidst a couple of their friends, while following all the protocols of the Dubai government. Sonalee revealed about the news through her social media account and said that they got married at a Hindu temple in Dubai with the help of a few friends.

The actress shared a few pictures from the intimate and simple ceremony. Sonalee was seen wearing a pretty royal blue sari while the groom was seen wearing a royal blue kurta and pyjama. The actress posted a long message for her fans while revealing as to why they chose to get married in a simple wedding without their respective families in presence.

Sonalee revealed that they were expected to get married in the month of June, 2021 in the United Kingdom but then travel to the country was banned for Indians due to the second wave of the coronavirus pandemic. The actress revealed that with the permission of their parents they decided to cancel a big wedding ceremony and had a registered marriage instead.

Sonalee Kulkarni added that they would donate their wedding fund for people who are in need during the pandemic. The actress shared a few pictures of the wedding on her Instagram account.