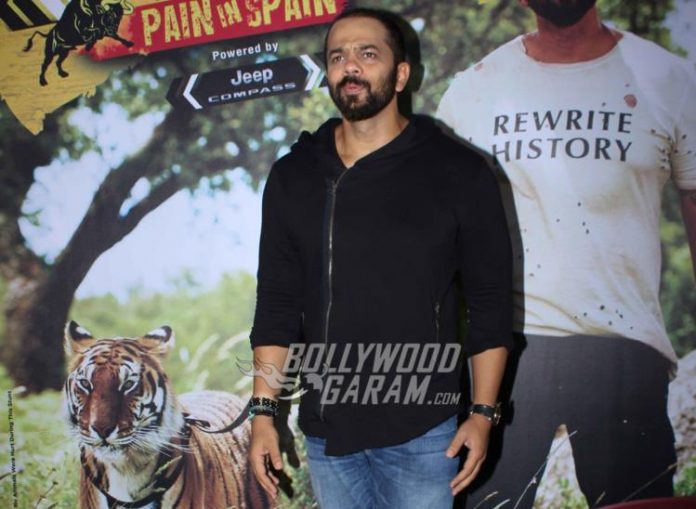 The season 11 of the reality TV series Khatron Ke Khiladi is currently being shot at Cape Town. While the episodes are still being shot, the makers of the show have released a teaser featuring the host Rohit Shetty. The teaser has shown Rohit warning the contestants that here after there are going to be no excuses.

The promo has the caption, “7 years and 7 seasons later”. The teaser has shown the host handling animals like an eagle and a leopard. After a while Rohit can be seen jumping on a helicopter from a moving car.

With the promo out, the makers have indicated that the show is going to be the wildest and exciting for the contestants and the audience. This is the seventh season for Rohit as the host of the show. Super star Akshay Kumar was earlier seen hosting a few seasons.

This season of Khatron Ke Khiladi will see some of the celebrities like Shweta Tiwari, Divyanka Tripathi, Arjun Bijlani, Vishal Aditya Singh, Anushka Sen, Nikki Tamboli, Mahekk Chahal, Rahul Vaidya, Rahul Vaidya, Abhinav Shukla, Varun Sood, Sourabh Jain, Dev Joshi and others. The show is all set to be premiered on July 24, 2021. The makers started shooting for the show in Cape Town in May 2021 and the contestants of the show kept sharing a few glimpses from the location.