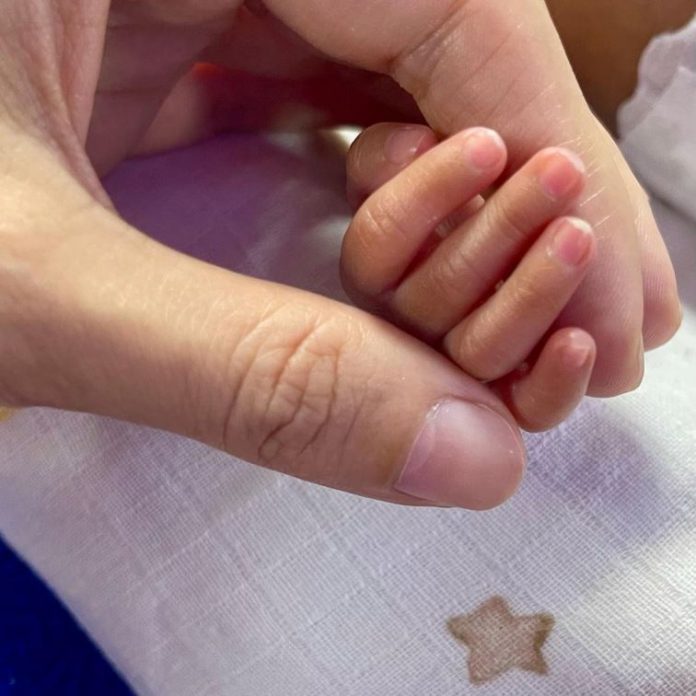 Indian actress Dia Mirza and husband Vaibhav Rekhi have announced the birth of their son Avyaan Azaad Rekhi. The couple through an Instagram post revealed that the baby was born prematurely as complications developed in her pregnancy. The baby was delivered through an emergency C-Section.

The post revealed that their baby was born on May 14 and have called him a miracle since he has survived a tough time as he spent time in the Neonatal ICU. The actress further revealed that she went through an appendectomy during her pregnancy followed by a severe bacterial infection that could have ended up in sepsis.

Dia revealed that timely care by the doctors ensured a safe birth of their baby through a C-section. The post by the actress was filled with concern and gratitude who helped them during their testing times. They also shared a picture of the baby’s hand and revealed that the baby is not yet home but is expected to be discharged soon.

Dia Mirza and Vaibhav got married in a private wedding ceremony in February, 2021 and in the month of April they announced that they were expecting their first child together. Vaibhav is already a parent to teenage daughter Samaira. Dia was earlier married to Sahil Sangha but they separated after five years of being together.