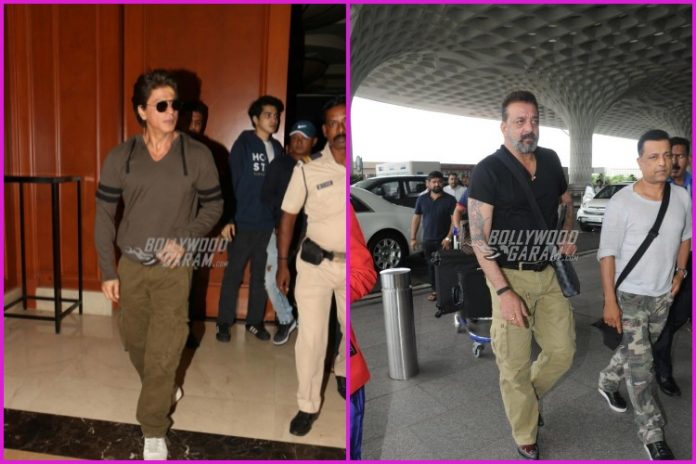 Bollywood biggies, Shah Rukh Khan and Sanjay Dutt are all set to share the screen space for an upcoming film Rakhee. The two will be collaborating for a full-fledged production that is expected to be a multi-lingual project. This will be the first time the two stars will be sharing the screen space for a much awaited film. However, the two had for a brief time shared the screen space in an opening scene of the film Ra.One.

Shah Rukh is currently shooting for the upcoming film Pathan which also stars Deepika Padukone, Dimple Kapadia, John Abraham and Ilez Badurgov. The film is written and directed by Siddharth Anand and the music for the film will be composed by Vishal and Shekhar.

Sanjay Dutt is all set to be seen in the upcoming film K.G.F. Chapter 2 and Shamshera. Shamshera is an upcoming period action drama that is produced by Yash Raj Films and directed by Karan Malhotra. The shoot of the film had started in December 2018 but was delayed due to the COVID-19 pandemic. The production was resumed in August 2020.