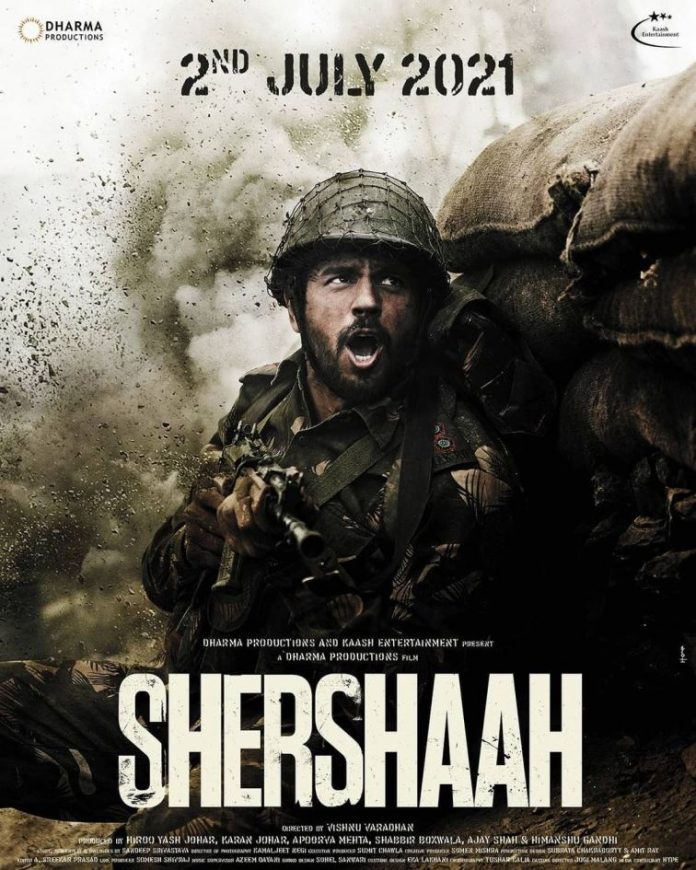 Shershaah is based on the life of Captain Vikram Batra, who was martyred during the Kargil war in Jammu and Kashmir in the year 1999. The story begins right from his childhood and is being narrated by his twin brother Vishal Batra. At the beginning, the story seems more like a love story of the Army man, but then gradually the story proceeds towards his achievements and the struggle and sacrifice during the Kargil War.

Sidharth has grabbed the screen presence as he adopts well the mannerisms and style of Captain Vikram Batra who was code-named as Shershaah during the Kargil war. His efforts towards the character seem obvious. Right from his look from the college days, the training days and his last days in the Indian Army, the actor and his team has worked well towards making things look effortless. While the audience is used to watch Sidharth as a romantic person on-screen, the character from Shershaah comes as a breath of fresh air.

Kiara Advani has also adopted well the Punjab mannerisms which might not be new to her. Her character speaks volumes about Dimple Cheema, who was Batra’s fiancé but remains unmarried till date. The film is a tribute to the sacrifices made by the soldiers who lost their lives as they successfully conquered the area that was occupied by Pakistan regiment.

Being a real story, there could not be much scope in terms of changes but there were moments when the director managed to put the audience on the edge with the intense war scenes. This could be another war film of Bollywood, but the performances by Sidharth, Kiara and other soldiers including Nikitin Dheer, Shiv Pandit, Sahil Vaid, Shataf Figar and others have contribute to make it a perfect film to remind the audience about the sacrifices made by the army men as they protect the borders.