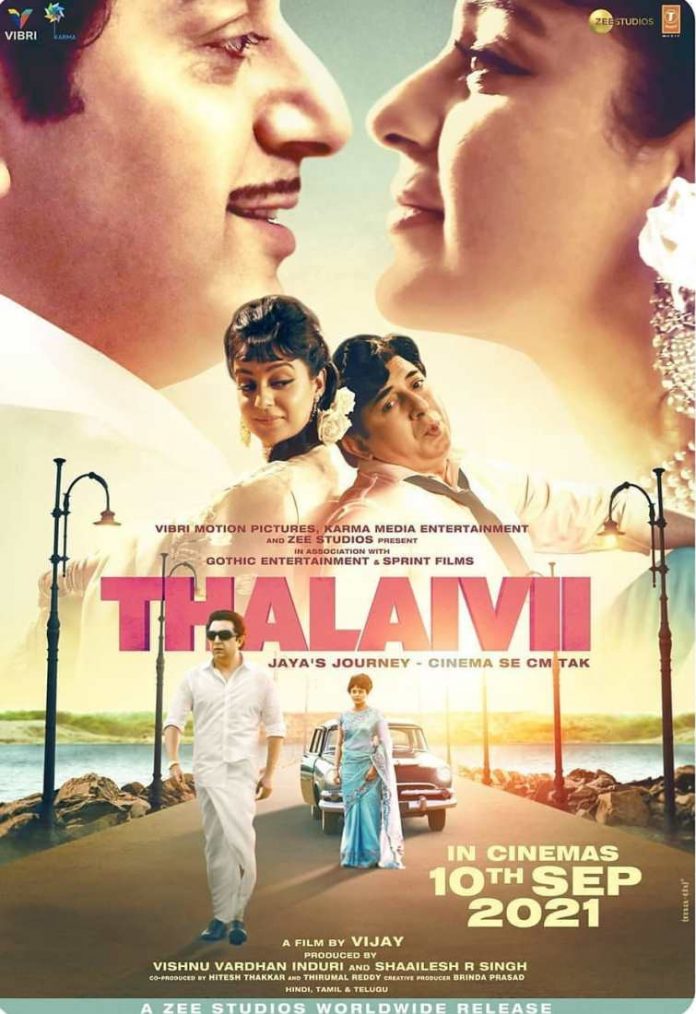 Kangana Ranaut starrer Thalaivii is one of the most awaited multi-lingual film that is based on the former chief minister of Tamil Nadu Jaya Lalitha. Due to the coronavirus pandemic, the release of the film was delayed and the makers of the film were reluctant to release it on the OTT platforms. But now the audience has a reason to rejoice as the film is now ready for a theatrical release on September 10, 2021.

The film was earlier scheduled for be released in the month of April, 2021 but was delayed as the second wave hit hard in India. A poster of the film was released on the official Instagram page by Zee Studios that also announced the release date.

The caption of the film read that the story of Jayalalitha belonged to the big screens due to her queen size personality. Thalaivii will be narrating her journey from a cine star to one of the most influential chief ministers.

The film is directed by Vijay and written by KV Vijayendra Prasad and also stars Arvind Swami, Prakassh Raj, Madhoo, Jisshu Sengupta, Poorna and Bhagyashree. Ranaut is also expected to be seen in the upcoming film Dhaakad and Tejas. The actress was last seen in the film Panga which was released in January 2020.