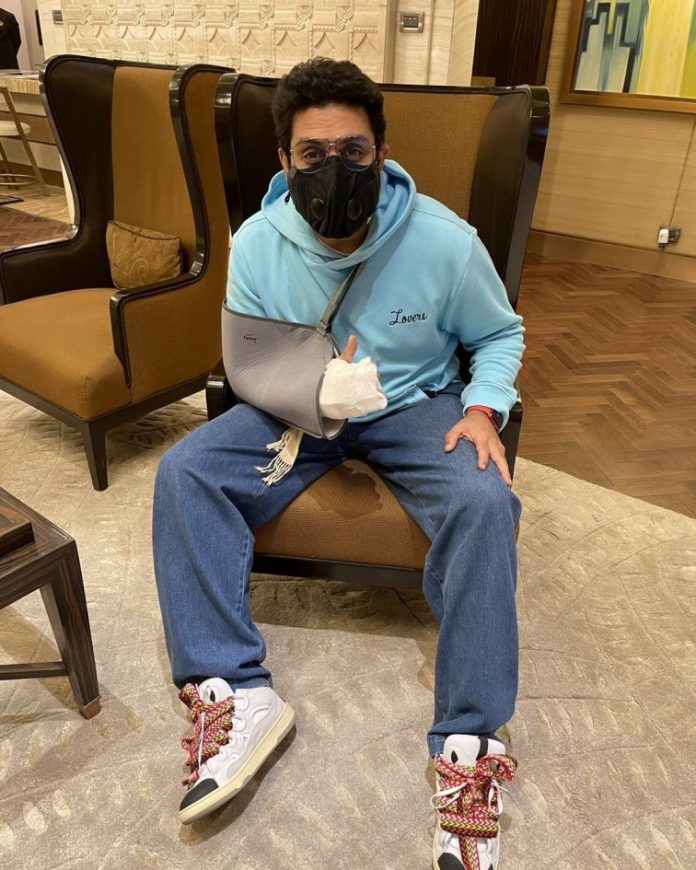 Indian actor Abhishek Bachchan has been injured while he was shooting for a film in Chennai. The actor has a fractured hand and informed about his injury through his Instagram handle. Abhishek posted a picture that showed him with a fractured hand as he wore an arm sling.

The Guru actor while talking about his accident informed that he met with an accident while he was on his way to the film shoot set in Chennai last Wednesday. Abhishek added that he fractured his right hand and needed a surgery to fix it. The actor travelled to Mumbai for the surgery and is now back to Chennai for the shoot.

It was a few days back when Shweta Bachchan Nanda and Amitabh Bachchan were seen at a hospital in Mumbai as they visited Abhishek. On the work front, the actor was last seen in the film Big Bull that was released on an OTT platform on April 8, 2021.

Abhishek is also expected to be seen in the upcoming film Bob Biswas , which also has Vidya Balan in the lead role. The film also has Chitrangada Singh playing an important character. Abhishek is also looking forward towards a couple more projects including Dasvi and the remake of the Tamil thriller Seruppu Size 7.