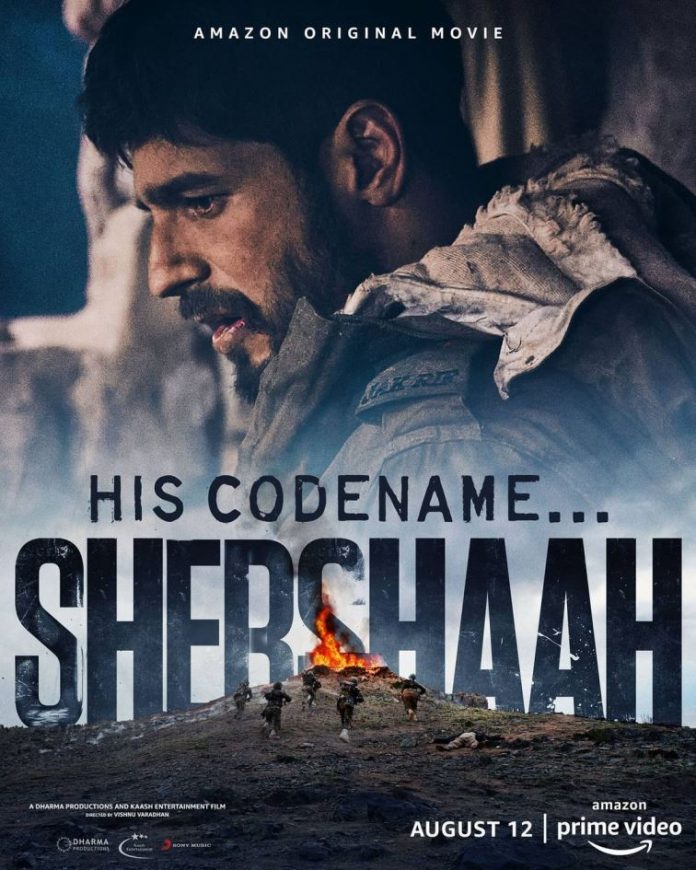 Sidharth Malhotra and Kiara Advani starrer Shershaah got an OTT release on Amazon Prime on August 12, 2021. Ever since the release, the film has received a lot of appreciation from the audience as well as the critics. Now the Shershaah has become Amazon Prime’s most watched movie in India.

The film is based on the Param Vir Chakra awardee, Captain Vikram Batra who served the Indian Army. Sidharth who is seen playing the lead, took his Instagram account and shared the update. The actor shared that he was overwhelmed with the love and appreciation he has received for Shershaah.

The film is produced by Dharma Productions by Karan Johar and is directed by Vishnu Varshan. The Sidharth and Kiara starrer received a good response through reviews and proved to be a super hit with the audience.

Karan Johar also released a statement while expressing about the film’s success and said that Shershaah has always been a film close to their heart and has made them incredibly proud. The story of the film is about Captain Vikram Batra who was martyred during the Kargil combat with the Pakistani regiment in the year 1999. Kiara is seen playing the role of Vikram Batra’s fiancé Dimple Cheema who continues to remain unmarried till date in memory of Batra. They had planned to get married after the Kargil war ends.