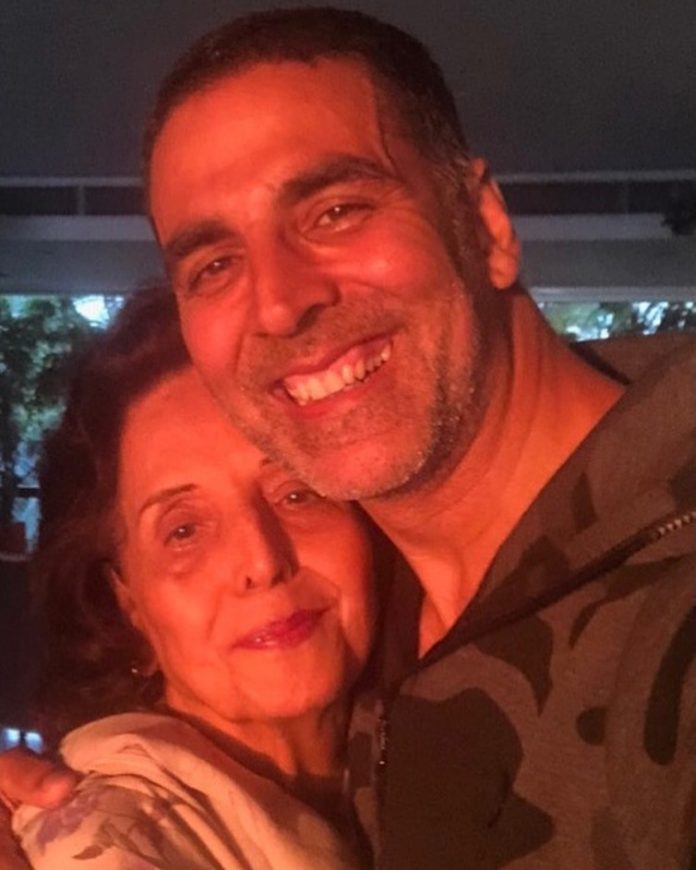 Indian actor Akshay Kumar’s mother Aruna Bhatia passed away on September 7, 2021. The unfortunate news was confirmed by Akshay himself through an Instagram post. Aruna was 78 years old and was already going through a few health issues. Akshay, who was shooting in London, flew down to Mumbai when he came to know about his ailing mother who was admitted in the hospital in Mumbai.

As soon as Akshay returned from London, where he was shooting for the film Cinderella, he gave an update on his mother and urged his fans to pray for his mother. Friends and family from the film industry started to pour condolences for the departed soul.

Aruna Bhatia was also named as a producer in a number of films in Bollywood. Akshay was known to be very close to his mother.

On the work front, the actor was last seen in the film Bell Bottom and is looking forward to a number of projects including Sooryavanshi, Bachchan Pandey, Atrangi Re, Ram Setu, Raksha Bandhan, Cinderella and Prithviraj. Sooryavanshi is one of the much awaited films in Bollywood and is directed by Rohit Shetty. The film has not yet been released due to the coronavirus pandemic. The makers of the film are reluctant to release the film on an OTT platform and are waiting for the theatres to be reopened across India.