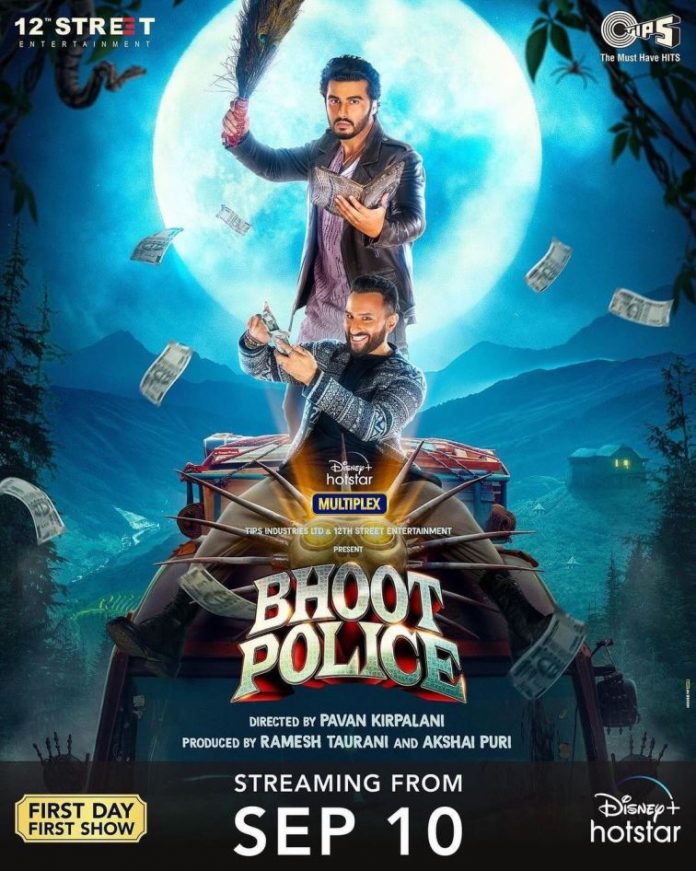 Pavan Kriplani is back to what he does the best. He has had a good record with horror films in the past and Bhoot Police is expected to be another gem on his crown. The story of the film has Saif Ali Khan and Arjun Kapoor who are ghostbusters and have inherited the skill from their father Ullat Baba played by Saurabh Sachdeva. Saif and Arjun play Vibhooti and Chiraunji and pretend that they help to get rid of the ghosts and in return charge a hefty fee. But then something happens and their beliefs about the ghosts come across and their overconfidence makes them regret a few things.

Kriplani has always been the best in terms of narration and Bhoot Police will remind you of Stree and Roohi. The characters are grounded and there is indeed a good balance between comedy and horror. The first half of the film has a normal pace and from the intermission, it manages to keep the audience on the edge. The director has managed to bring a good differentiation between humour and horror. The unpredictable twists makes it more interesting from the beginning.

It can be said that Saif Ali Khan is the star of Bhoot Police and slips in to this wicked ghostbuster with ease and adds to the entertainment factor. Arjun Kapoor has also done justice to his role and there was not much to do in his role to make the audience laugh. Jacqueline and Javed have always been good performers but they failed to grab any attention. There is some stunning cinematography with picturesque locations captured at their best.

The overall package of Bhoot Police is worth a catch for the weekend. The audience can watch the film on Disney+Hotstar and has all the promising factors of entertainment.