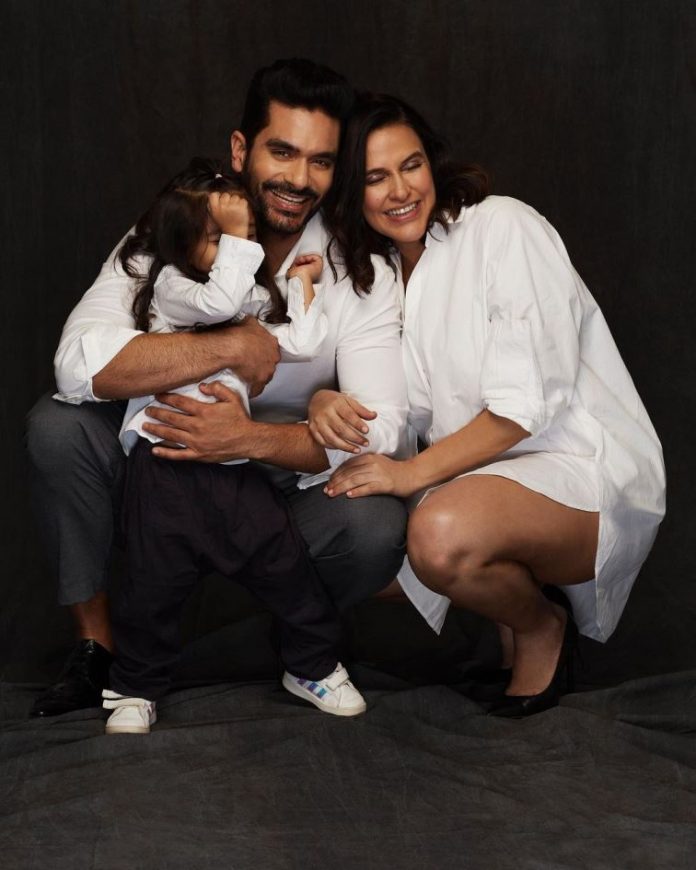 Indian actress Neha Dhupia and husband Angad Bedi were blessed with a baby boy on October3, 2021. The two are already parents to daughter Mehr. The happy news was shared by Angad on his social media account and called wife Neha a warrior for being brave.

The couple along with their children, Mehr and their new-born, was seen leaving the hospital on October 8, 2021. The family posed generously for the paparazzi. Neha was seen wearing a long black outfit as she carried the newborn while Mehr was seen being carried by father Angad. So far the couple has refrained from revealing the face of their new-born on social media.

Angad was seen wearing a simple white t-shirt and a pair of denims. It was in the month of July, when Neha and Angad had announced that they are expecting their second child.

On the work front, Neha was seen in the upcoming film Sanak and the trailer of the film has already been released and has Vidyut Jammval in the lead role. She was last seen in the film Helicopter Eela which has Kajol in the lead role which was released in 2018. Neha also appeared in the short film Devi. The actress is also shooting for the film A Thursday.