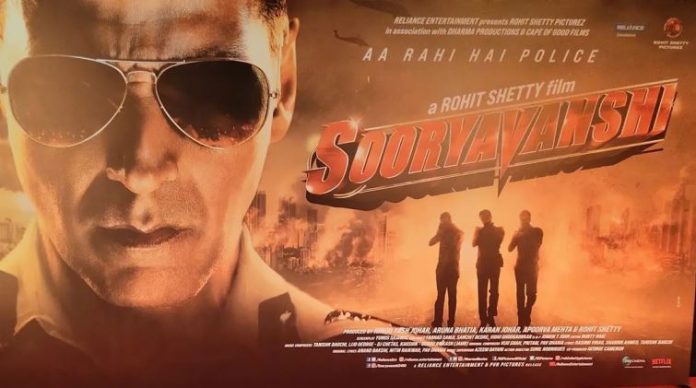 Akshay Kumar and Katrina Kaif starrer Sooryavanshi is one of the most awaited films in Bollywood and was ready for a release log back but was delayed due to the coronavirus pandemic. The makers did to want the film to have an OTT release and were waiting for the theatres to be reopened. While the theatres have been opened in other states, the Maharashtra government continued to be careful. But now the government has announced that the theatres will be allowed to be opened from October 22, 2021. So now the makers are ready to release the film on November 5, 2021 just in time for the Diwali festival in India.

The announcement about the release date was made by director Rohit Shetty just a few hours after the announcement came from the Maharashtra government. The makers have also got the censor certification from the Central Board of Film Certification. Sooryavashi has got a U/A certificate from the board.

While the board has a reputation of being reckless, but to everyone’s surprise, the film has been passed with zero cuts and the certificate was handed over on October 18, 2021. The duration of the film is 145 minutes that comes to 2 hours and 25 minutes that would make it easier for the multiplexes to add more number of shows per day.