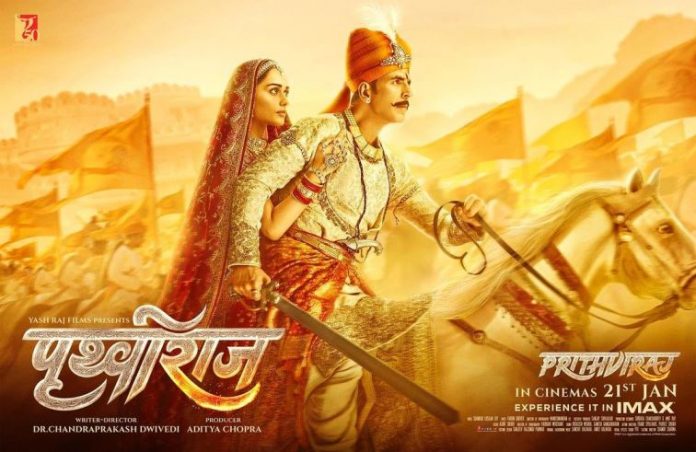 The official teaser of the Akshay Kumar starrer Prithviraj is out. The film is based on Samrat Prithviraj Chauhan who was the king of the Chahamana dynasty and will see Akshay Kumar in the lead with Manushi Chillar making her debut.

Akshay shared the teaser on his Twitter handle and wrote that he is proud to play Samrat Prithviraj Chauhan and will be released in theatres on January 21, 2022. The star also added that the teaser has captured the soul of the film.

The teaser begins with a war scene with the fearless Prithviraj Chauhan fighting it out in the battle. The teaser has also shown glimpses of Sanjay Dutt, Manushi Chillar and Sonu Sood. Akshay while talking about the legend said that he is one of the bravest warriors and also one of the most upright kings that the country has ever seen. The star added that they have tried their best to present the life story in the most authentic way and is a homage towards his bravery and courage.