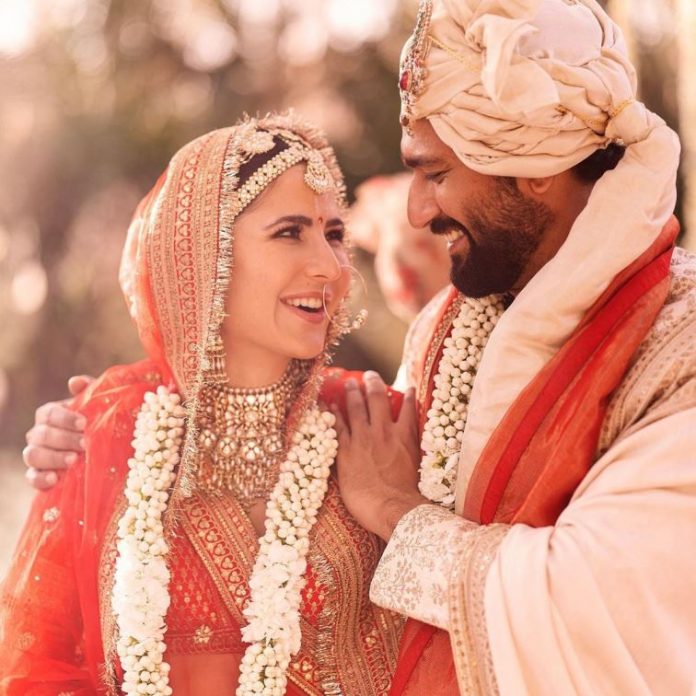 After all the suspense and speculations, Katrina Kaif and Vicky Kaushal have finally made their relationship official by posting the pictures of their dreamy wedding in Rajasthan on December 9, 2021. Since the past couple of months there were constant speculations and denials surrounding their wedding, but not much could be camouflaged and the media somehow got to know about the details.

But now the curiosity around their wedding has been put to rest and Vicky Kaushal and Katrina Kaif are now officially married. Vicky and Katrina took their respective social media accounts and posted a few special moments from their fairy tale wedding as per Hindu rituals. Katrina looked gorgeous in a traditional red lehenga while Vicky looked no less than a prince in a gold sherwani.

The pictures showed the couple blushing and smiling as they held each other’s hand and looked at each other’s eyes. The wedding was attended by a number of celebrities from Bollywood. The ceremonies kicked off on December 7, 2021 and the grand wedding ceremony took place on December 9, 2021.

The couple with their wedding pictures expressed gratitude for everything that brought them to the moment together. Katrina and Vicky have been dating since a long time, but never came out in open about their relationship.