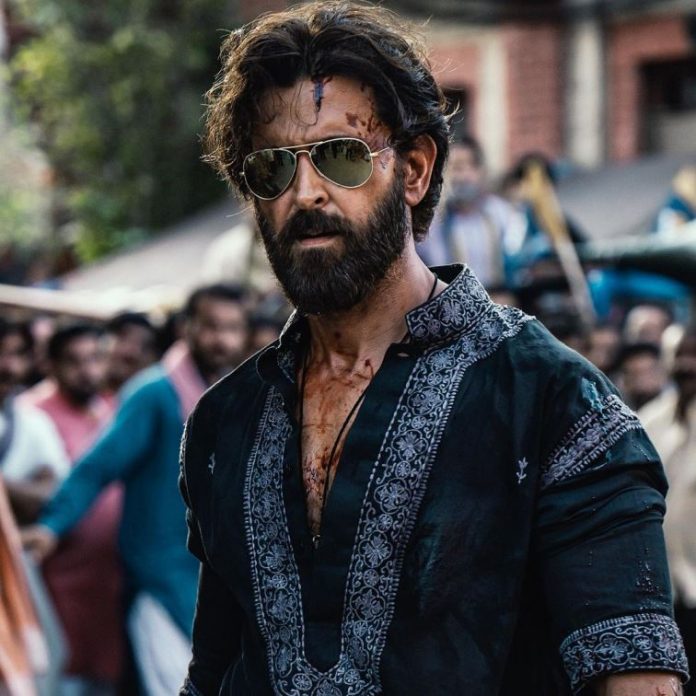 Indian actor Hrithik Roshan is celebrating his 47th birthday on January 10, 2022. To mark his birthday, makers of the upcoming film Vikram Vedha have revealed the first look from the Hindi remake of the Tamil crime thriller. Reliance Entertainment and T-Series unveiled the first look of the film which also stars Saif Ali Khan and Radhika Apte.

Hrithik too shared the poster on his social media accounts. The posters seems to be a part of an action scene in which Hrithik can be seen in a full-grown beard with aviator shades summing up to an intense look.

The Tamil film with the same name had R. Madhavan and Vijay Sethupathi in the lead roles and was released in 2017. The film performed well at the box office in India as abroad. The Hindi remake of the film is produced by T-Series, Gulshan Kumar and Reliance Entertainment along with YNOT Studios Production and Friday Filmworks.

The film has been written by Pushkar and Gayatri, who will be directing the Hindi remake. Vikram Vedha is based on the concept of the classic Indian series Vikram Aur Betaal. The story of the film is about a tough police officer who is focused to find and kill a gangster. The multi-starrer flick is expected to be released in theatres by September 2022.