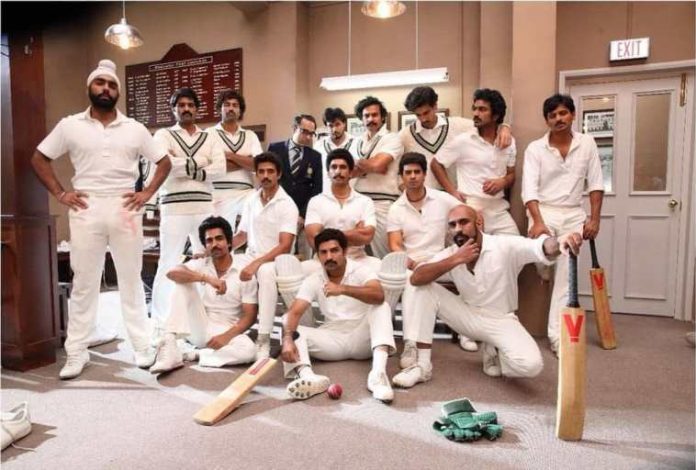 Kabir Khan leaves no stone unturned when it comes to research and 83 shows how much the makers might have gone in to, to get to the core facts. Team India in the year 1983 were considered the underdogs in the world of cricket but their tremendous passion and hard work made them lift the country’s first ever World Cup title.

The film has narrated about the journey of team India who were led by Kapil Dev, who never gave up hopes and constantly remained positive and motivated. The film begins with Pankaj Tripathi, who plays Man Singh the PR of the Indian cricket team, who collects the kits of a few cricketers already in London preparing for the World Cup. This is the first from Ranveer Singh, as he plays Kapil Dev with his looks and the also managed to match the tone the former cricketer had. Kabir Khan has made sure to relive some of the noteworthy moments of the World Cup tournament by sharing the real images with the ones that were shot.

Ranveer Singh has surely won hearts with the tone that he has managed to grab from Kapil Dev, who was fondly known as Kaps by the team members. The director made sure that there wasn’t a dull moment and also included some of their fun experiences that they had as a team while their tour in England. The climax has the gorgeous Deepika Padukone, playing Romi Bhatia, who stood and encouraged husband Kapil Dev during his trying times.

It was a delight to watch how the makers managed to depict the minute details about every cricketer’s role. To sum up, it is not all about Kapil Dev, but how team India stood as a rock and gave their best as a team to make the dream of bringing the first World Cup trophy home.