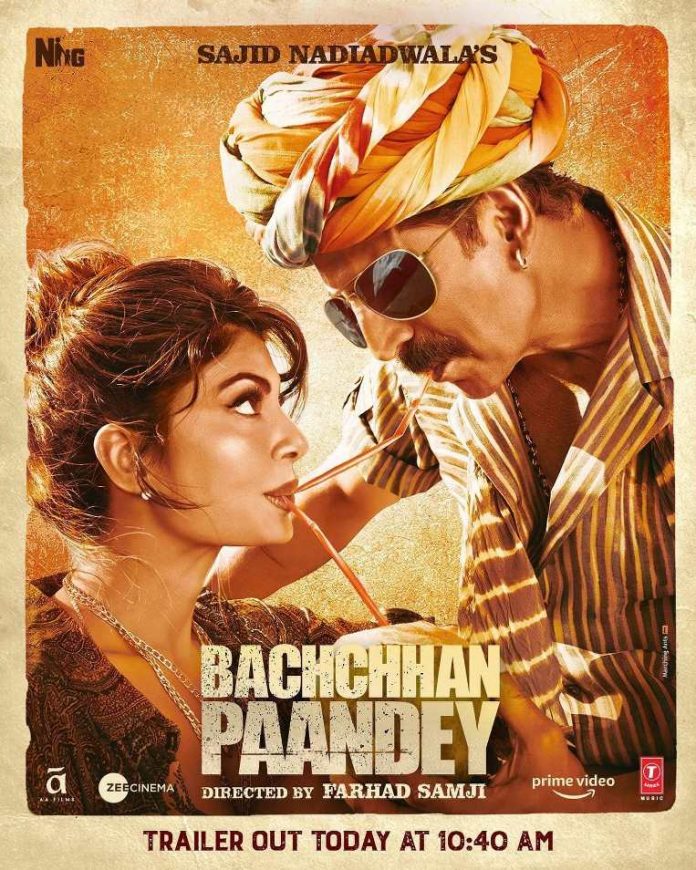 The much awaited official trailer of the film Bachchhan Paandey has been released. As promised the film seems to be a complete entertainer with comedy, action, thrill, drama and some romance.

Akshay Kumar is the one who grabs attention and is the bad guy who takes pleasure in killing people. Going by the trailer, Kriti is a budding filmmaker who wants to make a biopic on the popular killer Bachchhan Paandey played by Akshay.

The trailer video has introduced the different characters of the film who work around Akshay. Arshad Warsi is the one accompanying Kriti in research for her film on Paandey. The interviews featuring Kriti , Akshay and his comrades are hilarious and gives an idea about the character played by the lead.

The trailer has also shown a glimpse of Jacqueline Fernandez, who plays Akshay’s girlfriend but she also gets killed due to some reason while giving an idea as to how dangerous Bachchhan Paandey is. The film is written and directed by Farhan Samji and the story is based on the 2014 Tamil language crime comedy film Jigarthanda. The makers were earlier expected to remake Veeram but then the script was altered and now it is the Hindi remake of the Tamil film Jigarthanda. This film was also delayed due to the coronavirus pandemic and the shoot was wrapped in July 2021.