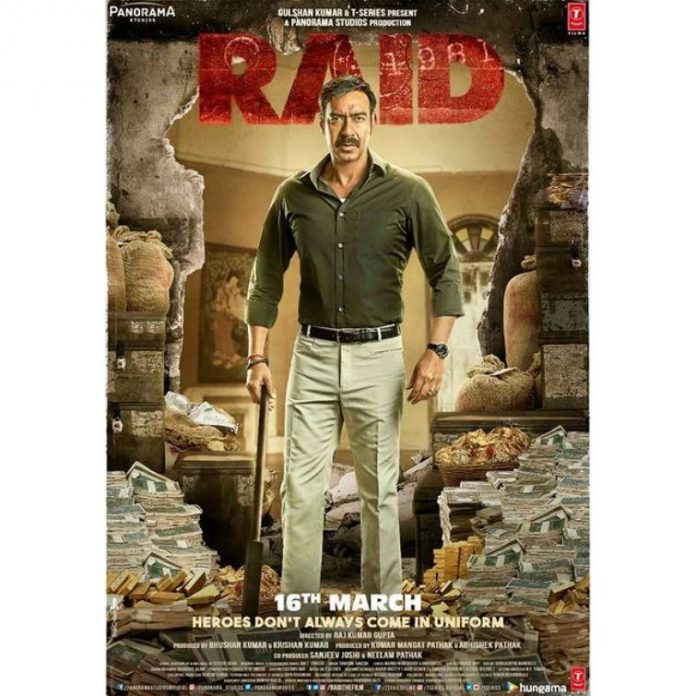 After the success of the 2018 film Raid starring Ajay Devgn, the makers are now ready to roll the sequel. Producer Bhushan Kumar confirmed that the pre-production of the film has begun and that Kumar Mangat aleady has a number of ideas that could be used for the franchise. Ajay Devgn had played the lead role of an income tax officer in Raid which was directed by Rajkumar Gupta.

The Drishyam actor is currently busy with a number of projects and will soon complete the shoots of Drishyam 2 and Bholaa in Hyderabad by the end of August, 2022. Speculations about the sequel to the Ajay Devgn and Ileana D’Cruz starrer has been doing the rounds since quite some time and now it seems like things are getting back on track.

The producer has also confirmed that the shoot of the sequel to Raid will go on floors in 2023. Bhushan Kumar added that he already has two films –Drishyam 2 and Bholaa with Ajay, so the sequel would begin in 2023. The producer also revealed that before they begin with the sequel, they are remaking Raid down south.

There are also talks that there would be a sequel to the film De De Pyaar De with filmmaker Luv Ranjan. The producer revealed that the script of the film is yet to be written and that they also need to figure out the dates with Ajay Devgn.