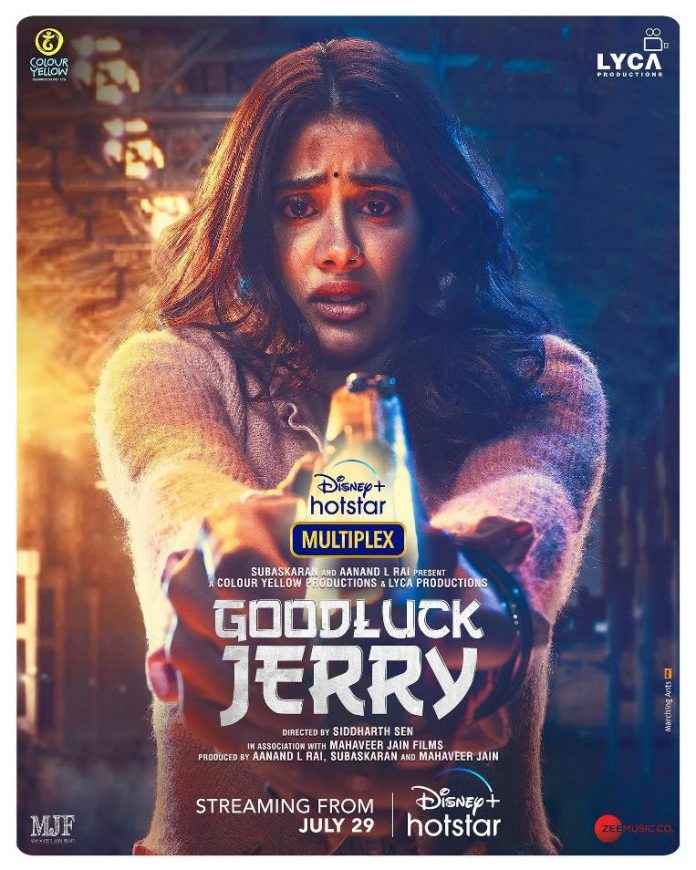 Indian actress Janhvi Kapoor is all set to be seen in the upcoming film Good Luck Jerry which will be streamed on the OTT platform Disney+Hotstar from July 29, 2022. The actress shared the first poster of the flick which has shown her bruised and terrified as she holds a gun.

Janhvi has also shared another poster which has shown her peeping behind the table which has tiffin boxes kept on it. Talking about the upcoming film it is a black comedy crime directed by Sidharth Sengupta and is produced by Aanand L. Rai, Subaskaran Allirajah and Mahaveer Jain.

Janhvi has earlier regularly shared updates about the flick with videos and pictures from the sets. Certain parts of the film have been shot in Chandigarh and Punjab. Apart from Good Luck Jerry, the actress will also be seen in the upcoming film Mili which is directed by Mathukutty Xavier, who was responsible for the original Malayalam flick in 2019. Mili also stars Sunny Kaushal, and Manoh Pahwa in lead roles. The film is produced by Boney Kapoor and will mark her first collaboration with her father.