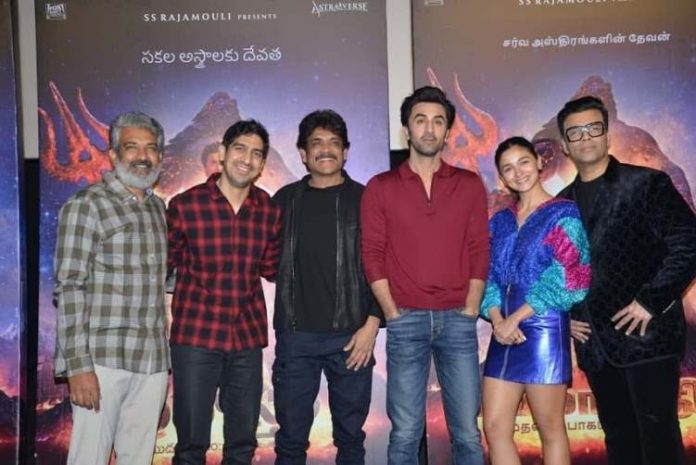 Brahmastra Part One: Shiva is one of the most expensive Hindi films made in recent times and hit the theatres on September 9, 2022. The Alia Bhatt and Ranbir Kapoor starrer is a trilogy and has managed to cross the Rs. 100 crore mark during the opening weekend. The film has successfully collected Rs. 125 crores since its released on Friday.

Brahmastra also faced a fair advance booking while bagging around Rs. 45 to Rs. 46 crores across the languages that include Hindi. Amidst a time when Hindi cinema is constantly being criticized for constant and back to back flops, the success of Brahmastra seems like a redemption of Bollywood. The year 2022 has not been very good for Hindi cinema with a number of disappointments.

Brahmastra is a planned trilogy and the first part also stars Amitabh Bachchan, Nagarjuna and Mouni Roy. The film also has Shah Rukh Khan in a cameo role. The film is backed by Karan Johar and the film’s climax talks about part two known as Brahmastra Part Two: Dev.

Brahmastra is currently playing in theatres in 2D, 3D and IMAX 3D in Hindi, Malayalam, Telugu and Kannada languages. The film is one of the most awaited films of 2022 and it seems like it has managed to keep up with the expectations of the audience.