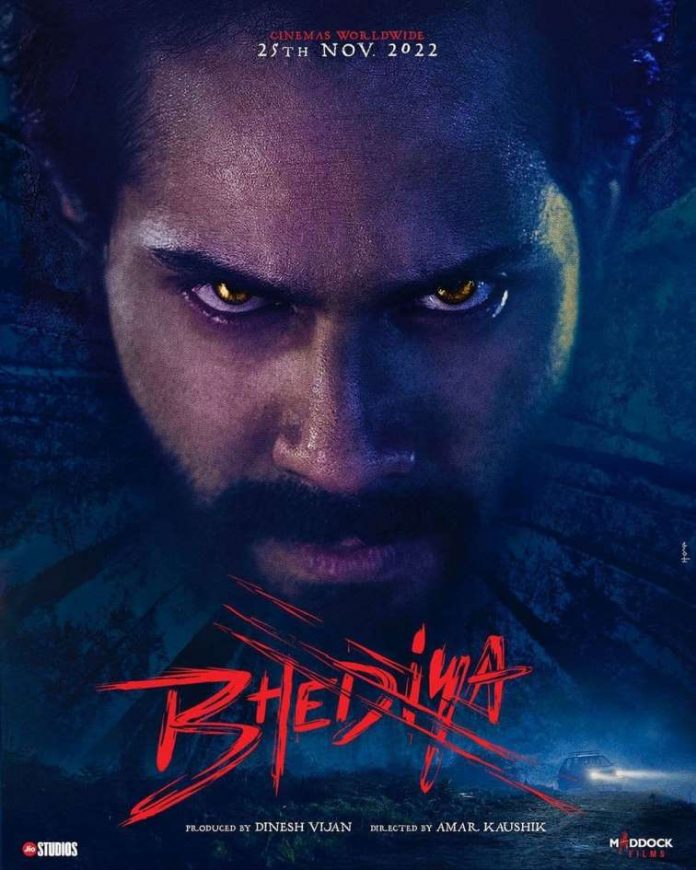 Makers of the Varun Dhawan and Kriti Sanon starrer Bhediya have released the official trailer of the film on October 19, 2022. The upcoming comedy horror flick this time seems to be different than the horror comedies that have been seen so far in Bollywood. Going by the trailer it seems like the makers have brought a good balance between the two genres.

The makers have claimed that this is the country’s first creature comedy film which also stars Deepak Dobriyal and Abhishek Banerjee. The trailer has shown Varun Dhawan being bitten by a wolf after which he begins to behave like one. Soon Varun’s character begins to act and eat like a wolf and every night he turns in to one.

Kriti Sanon in the film will be seen playing the role of a doctor. The film is bank rolled by Dinesh Vijan along with Jio Studios and is helmed by Amar Kaushik. Bhediya is one of the most awaited films of 2022 and is all set to be released on November 25, 2022.

The makers of the film had shot majority of the parts in the state of Arunachal Pradesh. In fact one of the lead characters named Jomin is also from the state apart from 70 percent of the characters.