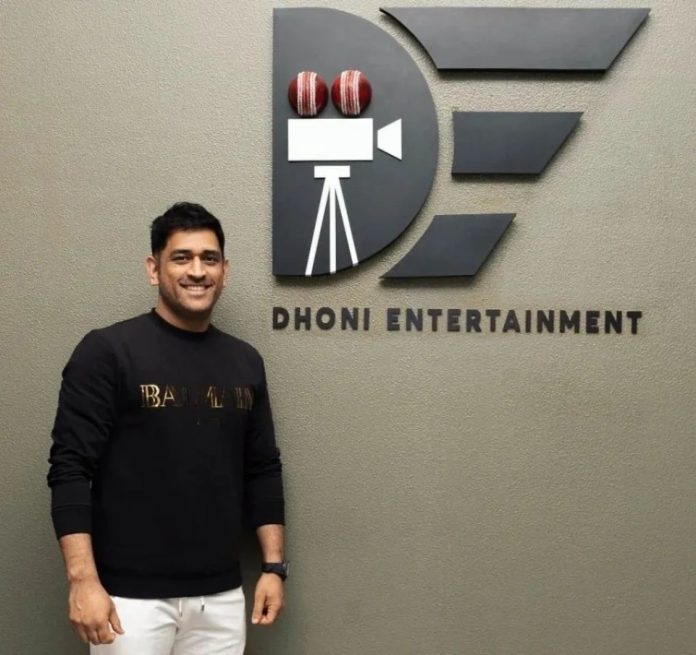 Legendary Indian cricketer Mahendra Singh Dhoni about two years back announced his retirement from International cricket. Now the cricketer is getting ready for the next phase of his life and is ready to don the hat of a film producer. The former cricketer has now launched his own production house Dhoni Entertainment and announced it on the occasion of Diwali festival.

Reports say that he would also be venturing in to the south film industry and is also ready with his debut production. Mahendra’s wife Sakshi Singh Dhoni is the aging director of Dhoni Entertainment. The concept for the debut production under the production house is ready and the director has also been roped in. Ramesh Thamilmani, known for his novel Atharva The Origin, will be the director while the actual lead cast and other crew is yet to be announced.

The official announcement is expected to be made very soon. Dhoni in a statement said that he shares an exceptional bond with the people of Tamil Nadu and that he would go the extra mile to make that relationship more special by producing a Tamil film.

This is not the first business venture for the former cricketer as he has earlier ventured in poultry, brewery, gym, clothing and even agriculture. There are also reports that Dhoni is planning to collaborate with the south superstar Thalapathy Vijay for the next project.