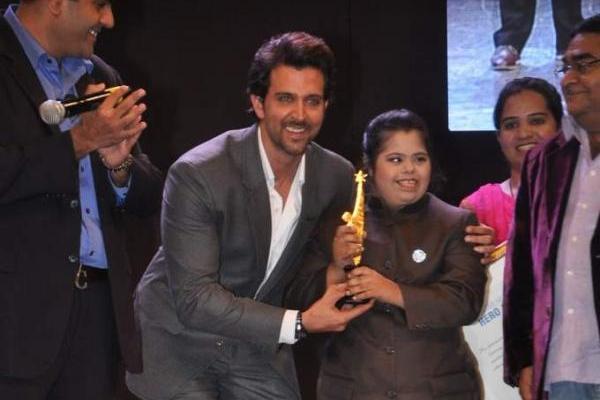 The ‘Kites’ actor was the Chief Guest at the ceremony and teamed up with the organizers in supporting people who have fought against severe diseases and disabilities and are living normal lives again. The event also had Mandira Bedi and Zayed Khan’s wife Malaika Parekh.

The actor is preparing for the launch of his upcoming flick ‘Krrish 3’ and the fans are eagerly anticipating the movie’s release.