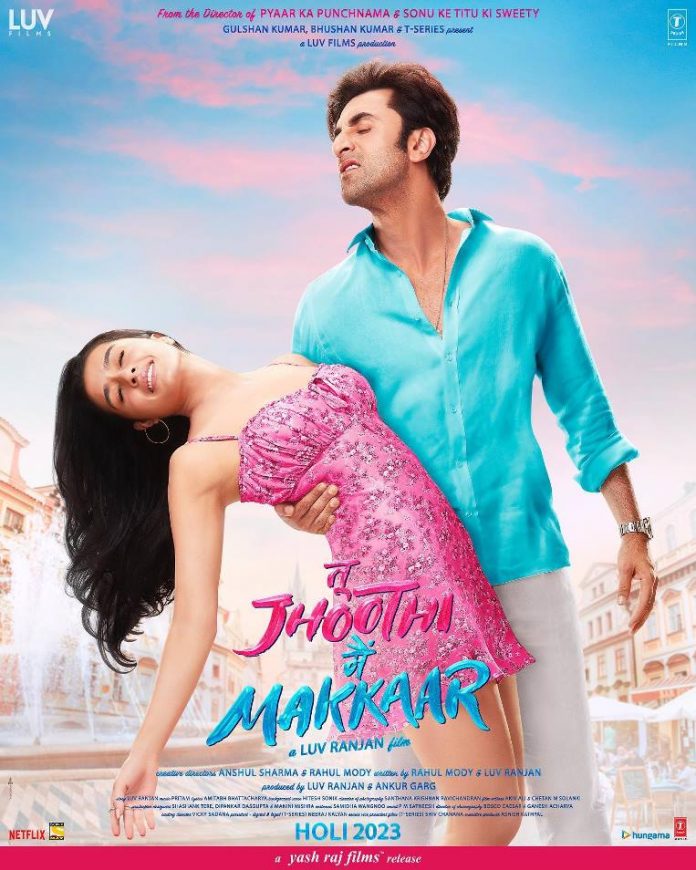 Indian actors Shraddha Kapoor and Ranbir Kapoor are all set to share the screen space in the upcoming film Tu Jhoothi Main Makkar. The upcoming romantic comedy is directed by Luv Ranjan and is produced by Luv and Ankur Garg. The film also stars Dimple Kapadia and Boney Kapoor.

This will be the first time Shraddha will be seen sharing the screen space with Ranbir Kapoor. Shraddha had earlier shared the initials of the film ‘TJMM’ and left the audience to guess the title. But the actual title turned out to be totally unexpected.

The film will be released in theatres on March 8, 2023. The makers have released the first teaser of the flick which has not given out many details. The film faced a number of delays in production due to a number of reasons including the coronavirus pandemic and a blaze on the sets of the film that led to losses to the producers.

The makers had started filming in January 2021 in Ghaziabad with the lead actors Shraddha and Ranbir. The Brahmastra actor had completed his portions of shoot in June, 2022. In the same month a video of Shraddha and Ranbir filming in Spain for a song had leaked online. The film is all set to be released in theatres during the Holi festival in 2023 and the audience cannot wait.