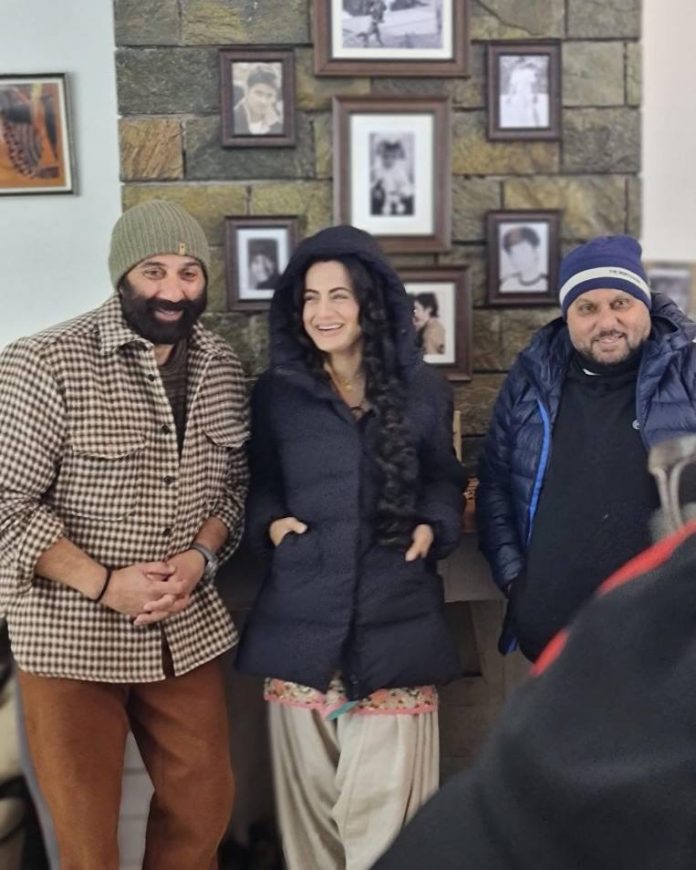 Bollywood flick Gadar – Ek Prem Katha that released in 2001 was one of the most loved films of the year. The film had Sunny Deol and Ameesha Patel in the lead and the makers are now shooting for the sequel for the film. The shoot for Gadar 2 had started off in 2021 by director Anil Sharma, who is now ready to wrap this month.

Sharma while talking to a leading daily said that they will wrap Gadar 2 this month as they are in the last leg. When asked about any special appearances, Sharma said that the franchise itself is a big star and that it only needs the characters Tara Singh played by Sunny Deol, Sakeena played by Ameesha Patel and Jeete played by Utkarsh.

It was in the mot h of December 2021 when Anil Sharma had shared a picture of the leading pair Ameesha and Sunny on the last day of their schedule in Palampur. Gadar – Ek Prem Katha also starred Amrish Puri in an important role.

Sunny Deol in an earlier interview had expressed about his excitement about Gadar 2 and said that he is confident about the film. The actor added that they are trying to add everything that the audience wishes to see in the film. Deol had also revealed that the film is likely to be released in early 2023.