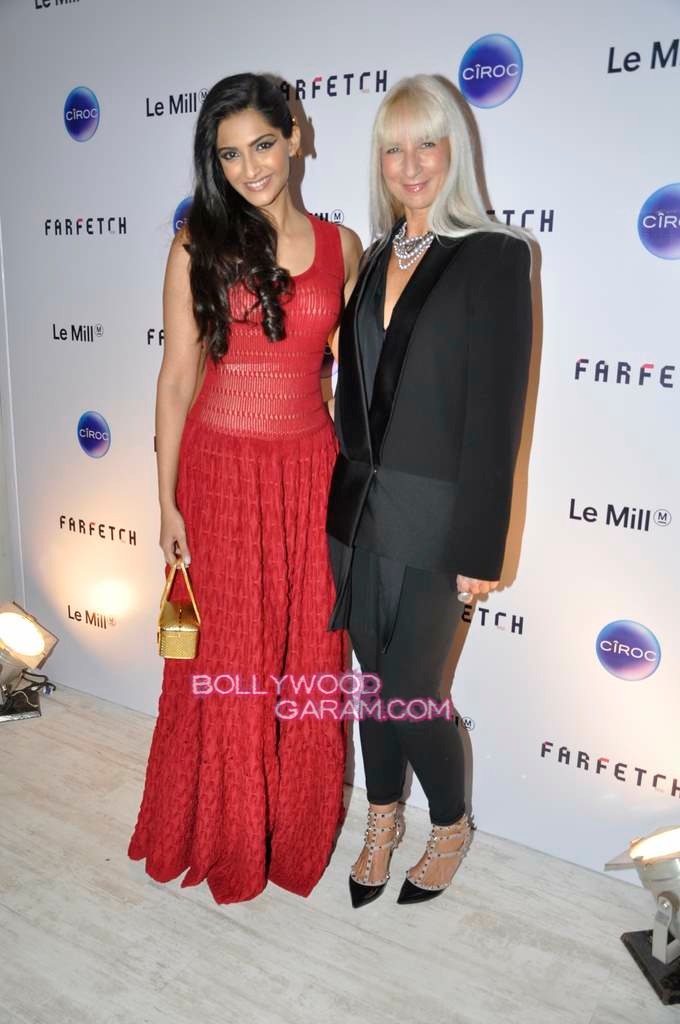 BollywoodGaram.com: Bollywood actress Sonam Kapoor was present at the launch event of the Farfetch Le Mill store in Mumbai on October 17, 2013. The star looked simply beautiful in a red gown created by designer Azzedine Alaia.

The event was also attended by the ‘Housefull 2’ actress Jacqueline Fernandez, who wore a strapless dress by Peter Pilotto, Swara Bhaskar of ‘Raanjhana’ fame, who was dressed in a black and beige Dolly J gown, actress Mandira Bedi, who was seen in a black little dress and Sonam’s younger sister Rhea Kapoor.

Rhea is known for designing costumes for sister Sonam and has produced the movie ‘Aisha’, which is the remake of the movie ‘Emma’.