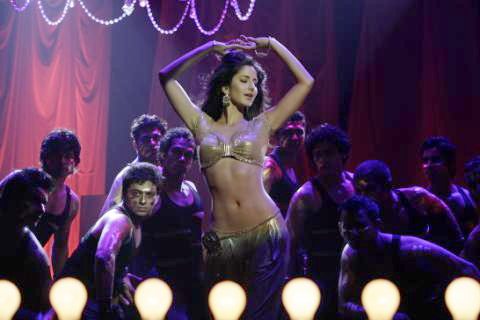 Katrina Kaif does not want to call ‘Sheila Ki Jawani’ an item number. This song has already made waves and is now heard in almost all the functions. One can hear youngsters humming this song and of course, everyone is talking about Katrina’s dance too.

The actress in a clarifying tone says, “It is not an item number. I’m not making a special appearance, so it’s a dance number. Item song? I don’t think so.”

Katrina says that she can now dance on an item number for sure. She says, “This song did help me shed my inhibitions for sure. And working with Akshay (Kumar) helped.”

Sheila Ki Jawani is in the movie ‘Tees Maar Khan’ which will be released on this Christmas. The movie is directed by choreographer turned director Farah Khan.

Tees Maar Khan is expected to hit high at the box office because of the pairing- Akshay and Katrina, who have managed to be a hit onscreen couple.