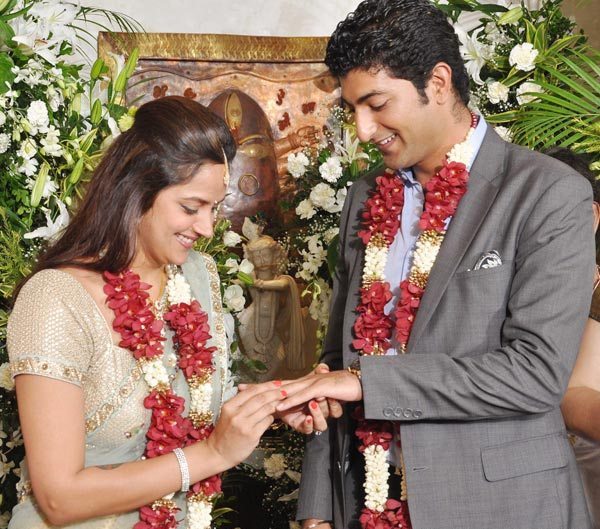 BollywoodGaram.com: Preparations in the Deol house have already begun, as Dharmendra and Hema Malini’s younger daughter Ahana Deol is all set to marry her fiancé Vaibhav Vora on February 2, 2014. Ahana and Vaibhav got engaged on June 23, 2013.

Ahana is a professional Odissi dancer, while Vaibhav is a Delhi-based businessman. Preparations are already under way, but the main things, like including a venue for the wedding are yet to be finalized. As the wedding day approaches, the shopping spree has already begun. Hema, while talking about the preparations said, “The preparations have begun. We are going to be very busy for the next four months”.

A popular designer from Bollywood will be responsible for Ahana’s styling on her big day. After the wedding ceremony, a huge reception will be hosted in Mumbai and Delhi. However, it is not yet decided according to which rituals the wedding will be solemnized. Hema said that they have not decided if it will be a Punjabi wedding or a South Indian one.

While talking about the relationship of Ahana and Vaibhav, the veteran actress said that the two met at Esha Deol’s wedding and both instantly fell for each other. This will be the last wedding in the Deol family and Hema is leaving no stone unturned to make it a grand affair.