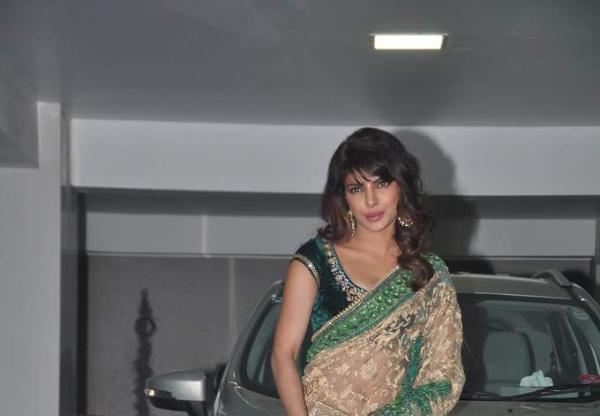 BollywoodGaram.com: The hottest babes of Bollywood – Anushka Sharma, Vidya Balan and Priyanka Chopra – were spotted at the Diwali party, which was hosted by superstar Aamir Khan at his residence in Mumbai, on November 2, 2013. The stars were seen at their traditional best at the event.

Other celebrities who attended the event included Karan Johar, Imran Khan, Anurag Kashyap, Jackie Shroff, Sharman Joshi and many others. Anushka was seen in a colourful sari, while Chopra opted for a glittery, golden and green sari. Balan decided to keep it simple in a red traditional dress.

Many Bollywood celebs took to their Twitter accounts to wish everyone on the festival of Diwali.