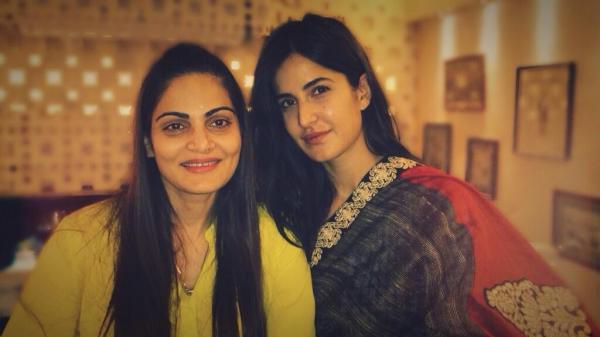 BollywoodGaram.com: Superstar Salman Khan’s sister Alvira Khan recently launched a new designer store in Mumbai. At the time of the store’s launch, Katrina Kaif was shooting her latest project abroad, so she was unable to attend the event. However, the ‘Ek Tha Tiger’ actress arrived at the store after she returned home.

The actress also posed for a picture with Alvira at the store. The new store ‘Ahakzai’ has been launched by Alvira, along with designer Ashley Rebello in Bandra. The duo previously designed for Salman Khan in many of his movies.

The launch event was attended by many Bollywood celebrities, including Mini Mathur, Urmila Matondkar, Neelam, Juhi Babbar and more.