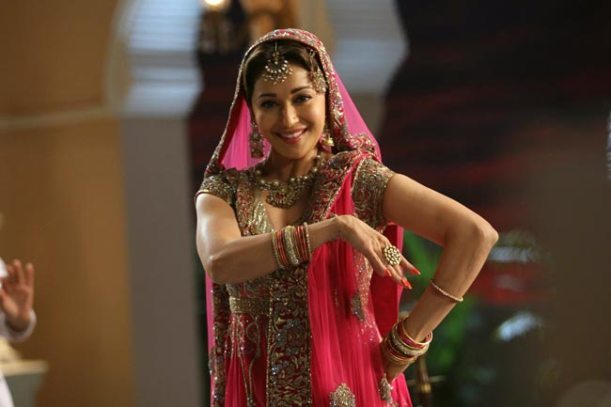 BollywoodGaram.com: Bollywood actress Vidya Balan’s performance in the 2010 movie ‘Ishqiya’ was appreciated by many critics. Now, as the makers of the movie are all set to launch a new trailer for the sequel, Vidya Balan has been invited to attend the event. However, the latest reports say that the ‘Hey Baby’ actress might not be able to make it for the launch.

The sequel is directed by Abhishek Chaubey and will see Madhuri Dixit playing the lead female role. The upcoming movie will also mark the return of Dixit – the dancing queen of Bollywood – to silver screens after six long years. Vidya might not be part of the sequel, but the makers wanted her to attend the trailer launch, as she starred in the first flick.

Ketan, the producer of the movie said, “We had invited Vidya for the launch of the trailer of Dedh Ishqiya. She was a part of Ishqiya and, even though she is not in the new film, she could have been part of the trailer launch”. Moreover, the makers are also finding it difficult to gather the stars of ‘Dedh Ishqiya’ in one place for the launch event.

As it is a multi-starrer movie, the stars’ dates do not match one another.