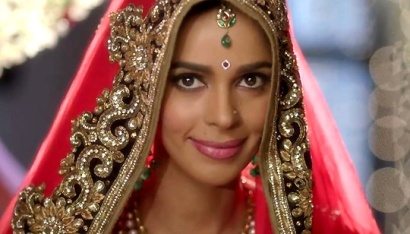 BollywoodGaram.com: After a long search, Bollywood actress Mallika Sherawat has decided on her soulmate in the reality show ‘The Bachelorette – Mere Khayalon Ki Mallika’. The ‘Hisss…’ actress chose Vijay Singh as the winner of the show, as well as her heart.

Vijay – who is a model from a small town Dharamshala in Himachal Pradesh – said, “From now on I will always be there for you, I will do whatever I can to keep you happy”. The ‘Maiyya Maiyya’ actress made the decision during the show’s final episode, which was aired on Life OK channel. Vijay managed to leave behind London-based businessman Karan Sagoo and win Mallika over completely.

The 24-year-old model is ten years younger than the actress. During the final episode, the two candidates performed different acts. Karan was seen performing on ‘Teri Jhuki Nazar’ while Vijay performed a romantic act on ‘Tere Naina’ and Mallika joined them on stage and danced with the contestants.

After the winner was announced, the actress said that she has known Vijay on cameras and now she wants to know him off cameras. For the audience it seemed like an obvious choice, as the star already hinted about her choice during an earlier episode when she kissed Vijay during their date.