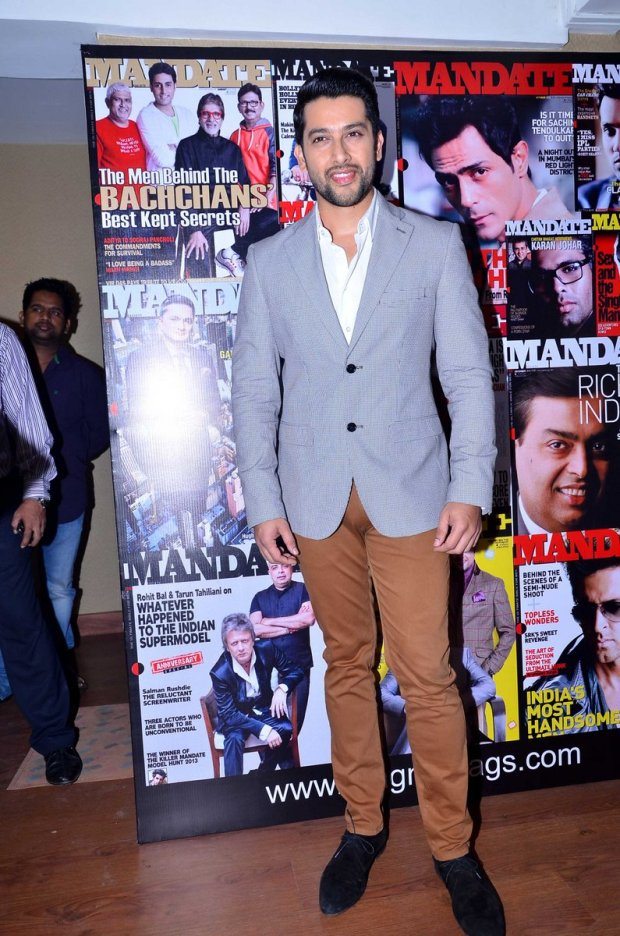 BollywoodGaram.com: Actor Aftaab Shivdasani on November 8, 2013 launched the Mandate magazine. The ‘Grand Masti’ actor arrived at the event with his girlfriend, Nin Dusanj. Aftaab was spotted wearing a gray blazer and brown pants, while his girlfriend was wearing a green dress.

The cover of the magazine shows Aftaab posing with two hot girls and has a bold quote by the actor which says ‘Im Not a Hypocrite’.