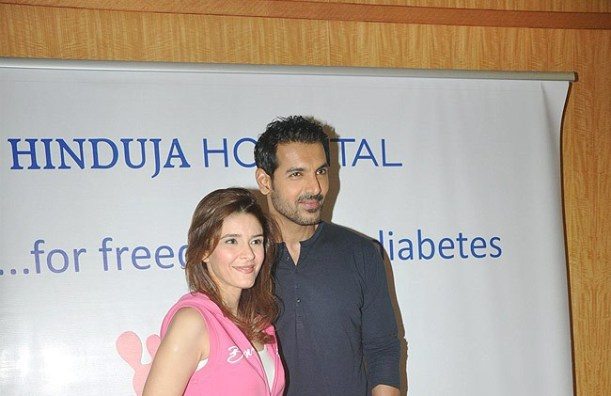 BollywoodGaram.com: On the occasion of World Diabetes Day, actors Raageshwari Loomba and John Abraham launched the ‘Diabetic Walk’ at the Hinduja Hospital in Mumbai on November 10, 2013. At the event, Raageshwari was spotted wearing a pink tracksuit, while John was dressed casually, in jeans and a shirt.

During the event, John said, “Diabetes is a major concern for India because India has got the largest case of diabetes in the world, which we just heard.” The ‘New York’ actor went on to say that the illness is treatable with the help of insulin and this is why they have gathered to spread the awareness.

Apart from working as an actor, Abraham has also produced movies like ‘Vicky Donor’ and ‘Madras Cafe’.