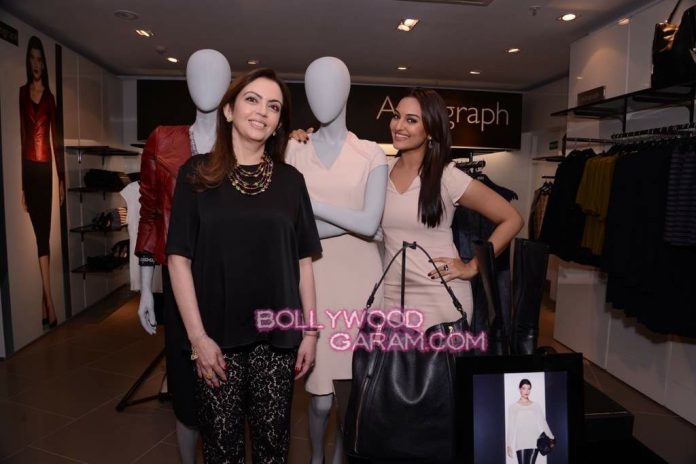 BollywoodGaram.com: The hot babes of Bollywood, Bipasha Basu and Sonakshi Sinha attended the Marks & Spencer store launch in Bandra in Mumbai on November 11, 2013. The event was also attended by other celebrities, including Purab Kohli, Anusha Dandekar, Nita Ambani and Sophie Choudry.

The event was also attended by Anushka Manchanda, Shibani Dandekar and Archana Vijaya.