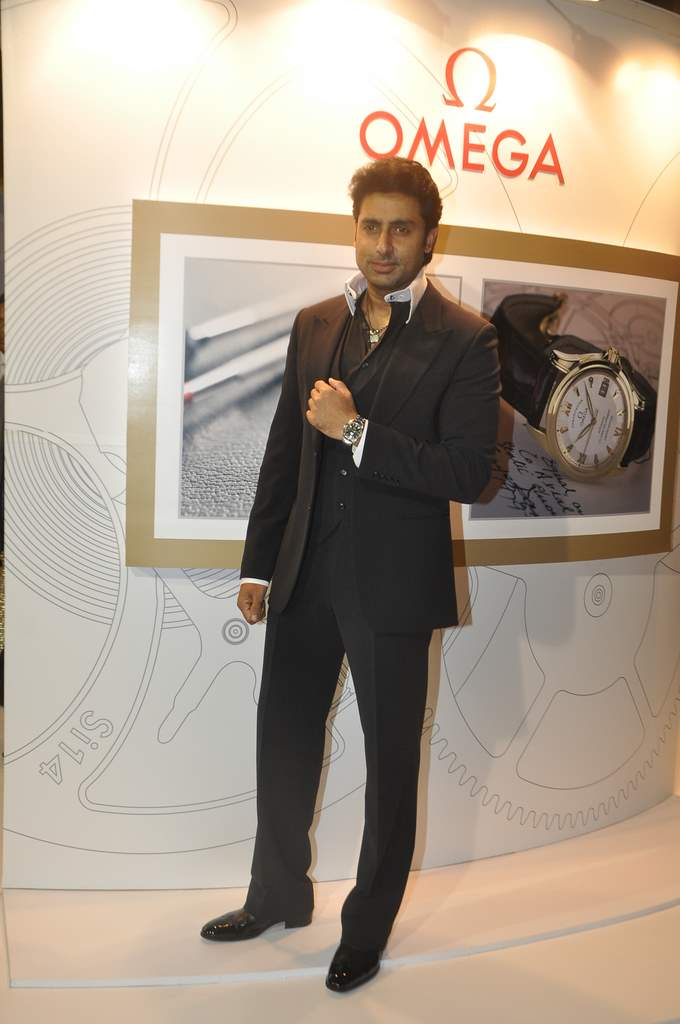 BollywoodGaram.com: Bollywood superstar Abhishek Bachchan on November 13, 2013 launched the Omega Co Axial Exhibition at Inorbit Mall in Mumbai. The ‘Refugee’ actor looked elegant in a black suit and interacted with the media.

While talking to reporters Abhishek said that the new watch was launched earlier in 2013, but this is the first time that it is seen in India and is an anti-magnetic watch. The ‘Bunty Aur Babli’ actor said, “We are always surrounded by magnetic fields, be it mobile phone or anyway, there are a lot of magnetic fields in the atmosphere which roam around and affect your watch movement.”

The actor also pointed out that every year the time in the watch slows down, which is caused by the magnetic fields.