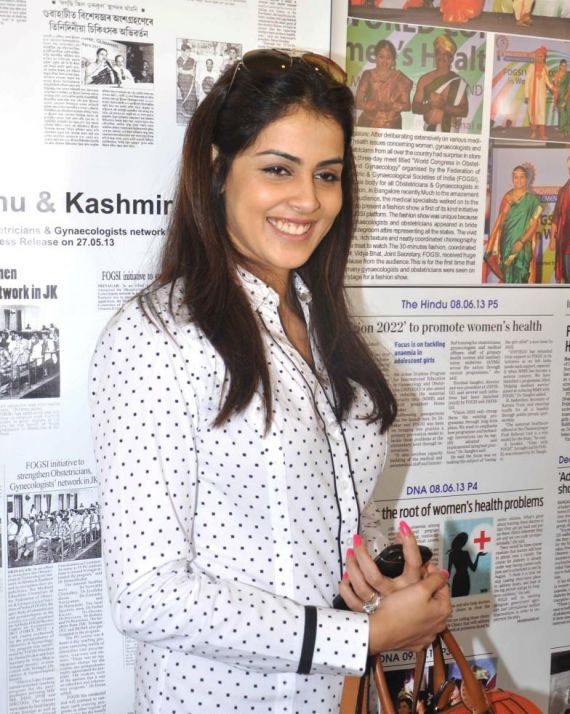 BollywoodGaram.com: B’Town actress Genelia D’Souza was on November 14, 2013 photographed at the Federation of Obstetric and Gynaecological Societies of India press meet, which was held in Mumbai. The ‘Jaane Tu Jaane Na’ actress looked pretty in a white shirt with black dots and a pair of jeans.

During the event, D’Souza said that sex education is compulsory for today’s generation. The actress also said that they did not have it when they were in school, but it is very important for a person to be informed, as awareness is crucial.

Genelia went on to say that her production house released the movie ‘Balak Palak’, which was based on sex education.