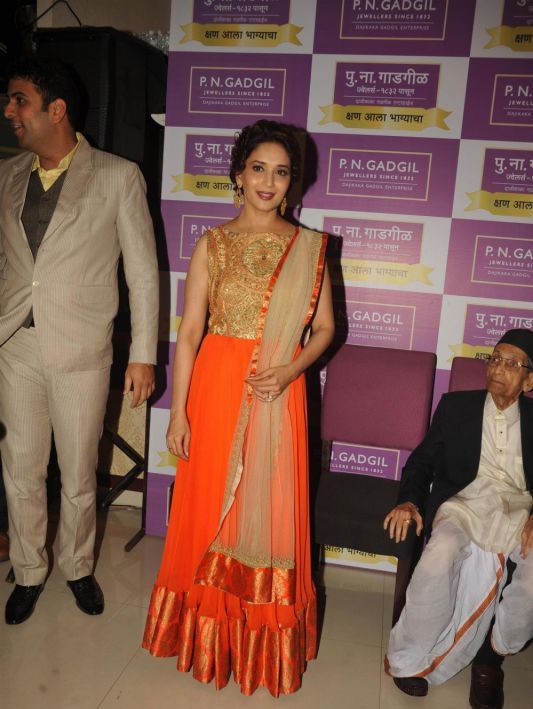 BollywoodGaram.com: Veteran Bollywood actress Madhuri Dixit was on November 15, 2013 spotted at the Kshan Ala Bhagyachya 2013 prize distribution ceremony in Mumbai. During the ceremony, one of the reporters complimented the actress and said that she looks charming in the trailer for the upcoming movie ‘Dedh Ishqiya’.

The dancing queen replied by saying, “It is very difficult to say what charms people, it is very difficult to pinpoint, because if it was that easy, everybody would do that.” The ‘Dhak Dhak’ actress went on to say that many people have liked the trailer and that it has many hits and also thanked her fans.

As usual, Madhuri looked glamorous in an orange outfit with gold details.