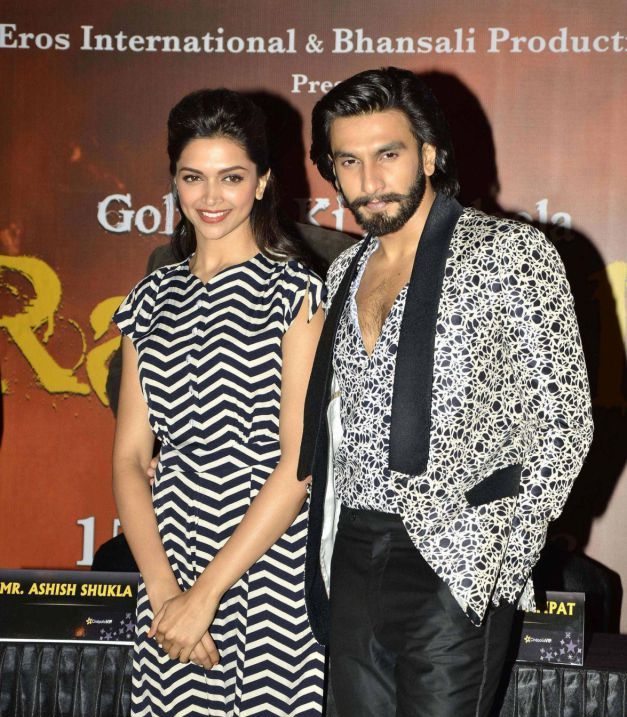 BollywoodGaram.com: One of the hottest couples of Bollywood, Deepika Padukone and Ranveer Singh on November 15, 2013 launched Cinepolis Multiplex in Pune. During the event, the actress spoke about the positive response that ‘Ram-Leela’ received by the audience.

Deepika said, “We just cannot get over the fantastic response the film is getting. We are overwhelmed and most importantly we are feeling very grateful because it means a lot to us!” The ‘Om Shanti Om’ actress went on to say that they have put in their hearts, soul and everything that they have learned over the years in making the flick.

The on-screen couple appeared in matching black and white outfits.