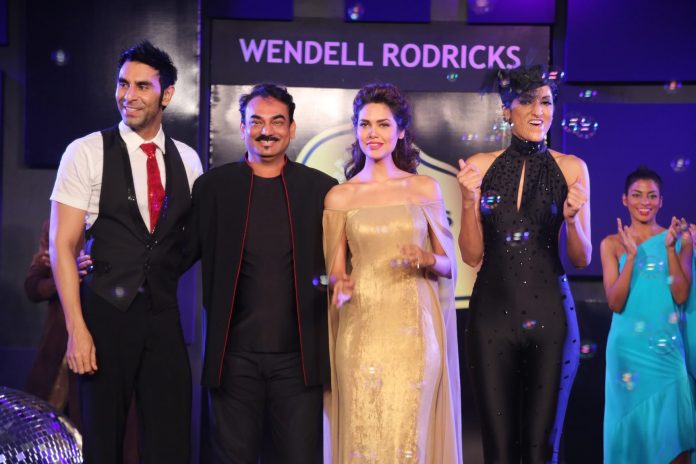 BollywoodGaram.com: Seagram’s Blenders Pride Fashion Tour 2013 has started off with some of the leading names in the world of fashion. The 9th edition of the tour will feature designers including Falguni and Shane Peacock, Gaviin Miguel, JJ Valaya, Neeta Lulla, Pankaj and Nidhi, Suneet Varma, Tarun Tahiliani, Vikram Phadnis and Wendell Rodricks.

The Fashion Tour started on September 28, 2013 and will be concluding on November 24, 2013 in Mumbai. A grand preview of the event took place in Mumbai on September 17, 2013 and the fashion extravaganza started off in Chandigarh and other cities like Bangalore, Kolkata and Hyderabad followed later on.

Bollywood actress Shilpa Shetty was featured as the showstopper for designers Pankaj and Nidhi. Designer Sunit Varma showcased a collection which is based on the love of lyrics and poetry words which soothe and enrich the soul. The designer took the inspiration from the poetry written by his mother, Indira Varma. The Seagram’s Blenders Pride Fashion Tour 2013 has also launched the much awaited digital and print campaign which features singer and actor Priyanka Chopra.

The Blenders Pride Fashion Tour 2013 is executed by the world-class talent including Alison Woodham for choreography and popular hairdresser Ambika Pillai is also featured on the show, along with some of the finest runway models.