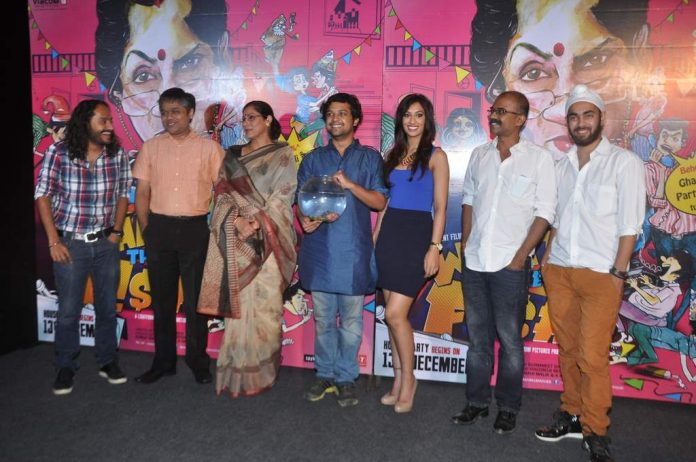 BollywoodGaram.com: Veteran actress Dimple Kapadia on November 19, 2013 revealed the first look of the upcoming movie ‘What The Fish’ at PVR ECX in Mumbai. The event was also attended by director Gurmmeet Singh, who expressed that it was a delight to work with Kapadia.

While interacting with the media, Dimple said that she loves doing roles in movies which demand high level of humour. The actress said that she hopes that the audience accepts and like her doing comedy for a change.

In the movie, Dimple will be seen playing the role of Sudha Mishra, who is a 67-year-old divorced and grumpy woman with plenty of energy and loves to live life to the fullest.