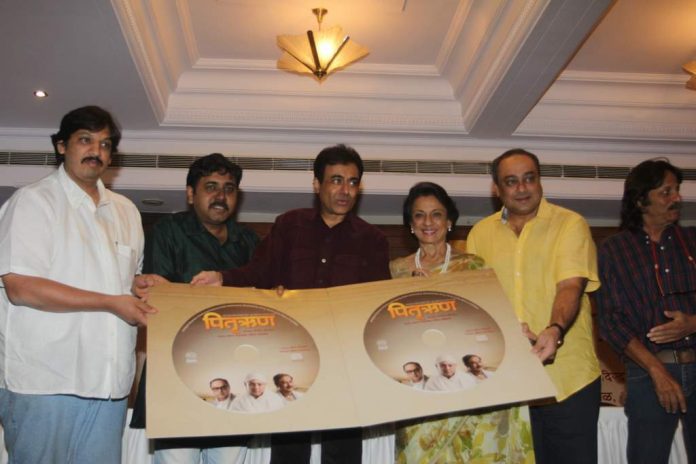 BollywoodGaram.com: Veteran actress Tanuja, along with Marathi actors Sachin Kedekar and Nitish Bharadwaj were on November 19, 2013 spotted at the music launch of the upcoming Marathi movie ‘Pitruroon’ at Dadar in Mumbai. Tanuja and Sachin will be seen playing the lead roles in the new flick.

Actors who will be playing the supporting role include Suhas Joshi, Poorvi Bhave and Mrunal Deshpande. The ‘Sohni Mahiwal’ actress will be making a comeback after the Bollywood movie ‘Son Of Sardar’ in 2012. In the new flick, Tanuja will be seen playing the role of a widow from the Konkan region of Maharashtra.

The actress has tonsured her head in order to make her character look more realistic.