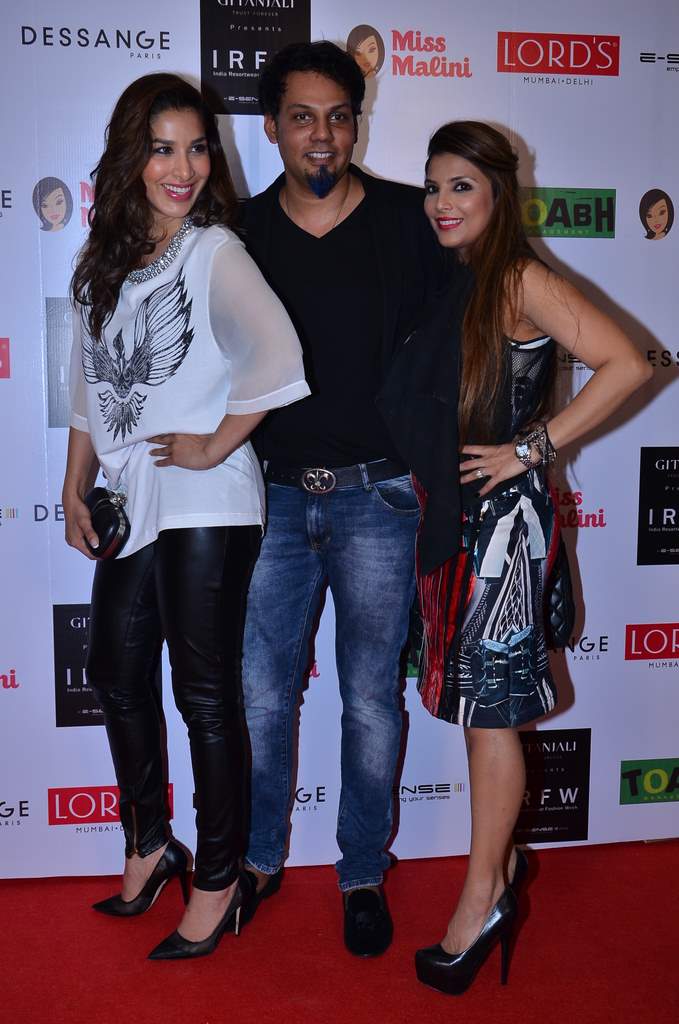 BollywoodGaram.com: Bollywood actresses Sophie Choudry and Evelyn Sharma on November 21, 2013 were photographed at Falguni and Shane Peacock’s collection preview at Dessange in Mumbai. The event was also attended by designer Rocky S.

At the event, Sophie appeared in an outfit designed by Phillip Lim and her McQueen clutch complimented the overall look. The actress on Twitter wrote, “Crazy day!! Just stopped by Rocky S’ event for India resort fashion week.”

The preview by the two designers was held for the India Resort Fashion Week and Rocky S is its creative director. The singer and actress in recent times had a special appearance in the movie ‘Shootout at Wadala’, as well as in ‘Once Upon A time In Mumbai Dobara’.