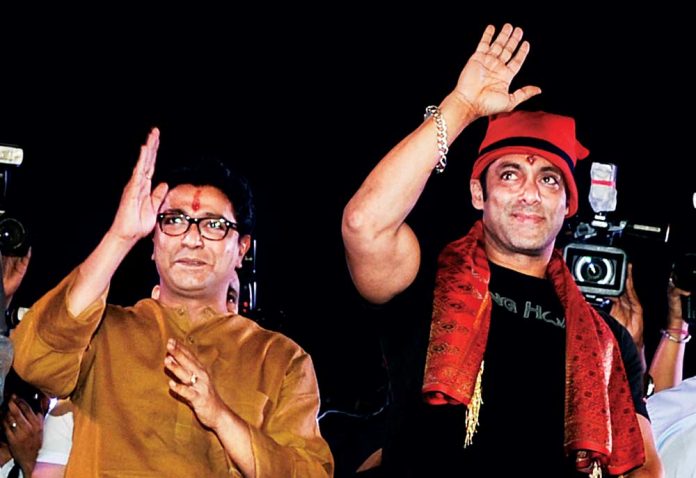 BollywoodGaram.com: Bollywood superstar Salman Khan and MNS Chief Raj Thackeray inaugurated the Koli Mahotsav 2013 near the Mahim area on November 22, 2013. While interacting with the crowd, the ‘Dabangg’ actor got nostalgic and shared his childhood memories with his fans.

Salman said, “I remember a lot of things! My milk used to come from Mahim.” The actor also shared that his grandfather used to bring jalebis every morning from Mahim to Bandra and even the romance between his parents started with the faluda available in Mahim. Salman concluded that due to all this, he has a very strong connection with Mahim.

During the inauguration, the actor was given a traditional Koli cap and a stole.