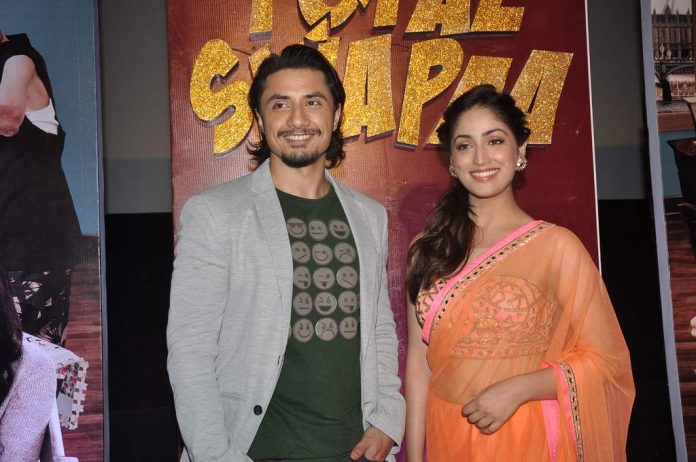 BollywoodGaram.com: Pakistani singer Ali Zafar and actress Yami Gautam were photographed at the launch of the first look of their upcoming movie ‘Total Siyappa’ at PVR ECX in Mumbai on November 25, 2013. During the press conference, Yami was asked if she has become too picky when it comes to roles being offered to her.

Yami replied, “It’s not fair to say I am choosy, I am a newcomer and of course, after receiving a great response from my first film, it is very natural that you wanna be more careful.”

The ‘Vicky Donor’ star went on to say that she does not want to do something which she has earlier, or a similar role.