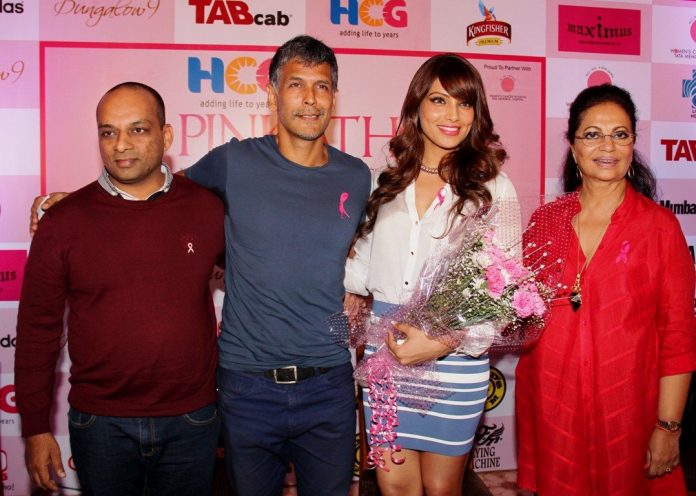 BollywoodGaram.com: The HCG Pinkathon 2013 has on November 26, 2013 announced the completion of 10,000 registrations in 2013 across four cities, including New Delhi, Bangalore, Mumbai and Pune. The Pinkathon is India’s first-ever multi-city 10 km run for women.

Bollywood actress Bipasha Basu has showed her support to the event for the second consecutive year. The ‘HCG Pinkathon – Run To Lead’ event will be held on December 15, 2013 and the registrations are currently open.

The international running event has a goal to encourage women’s health and fitness, as well as to create the much-needed awareness against breast cancer. The event was also attended by Milind Soman, who said that Mumbai is the city where HCG Pinkathon first began.